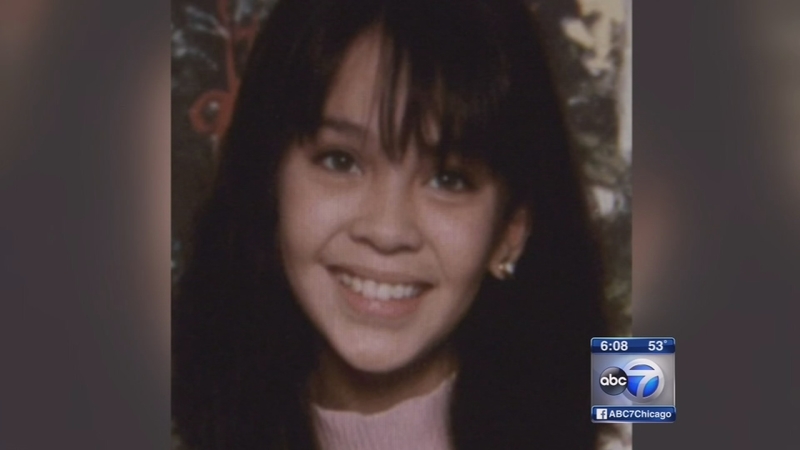 BOLINGBROOK, Ill. (WLS) -- The disappearance of Rachel Mellon from her family's home in suburban Bolingbrook in 1996 remains one of the Chicago area's most baffling crime mysteries.

The I-Team has been investigating this story for more than 20 years.

Jeff Skemp hasn't seen his daughter since the day she disappeared in 1996, when she was a happy and popular 13-year-old girl.

Rachel Mellon would have celebrated her 34th birthday on Thursday. Instead, her father's agony continues.

Even with a new $10,000 reward from Bolingbrook Crimestoppers, there is little to celebrate for those who loved Rachel.

Years since haven't been much easier on the father.

Her stepfather, Vincent Mellon, was the only other person in the house that day.

The seventh grader's stepfather told police that he went out for a half hour to walk the family dog and that hours later when he went to check on Rachel in her bedroom, she was gone. There was no hard evidence as to what happened.

For years a website commemorating Rachel stated: "Someone knows something."

From the beginning on the investigation, police considered Vince Mellon to be that someone.

"I didn't really look around the neighborhood as far as thinking you know something might be suspicious. So, I didn't know what to say other than I didn't notice anything out of the ordinary at that point," said Vincent Mellon in a 1996 I-Team interview.

Skemp, who was always skeptical of Mellon's explanation, has suffered through the decades of agony.

"I hold out very little hope that Rachel is still alive. But I still, I still hold out maybe a half a percent. I still occasionally daydream about that day that Rachel would come home. Even though realistically I'm pretty sure it's not going to happen," said Skemp.

Phone numbers that the I-Team has for Vince Mellon and the missing girl's mother Amy are all disconnected.

They could not be reached on Thursday.