Emanuel, Rauner, others headed to Rome for Archbishop Cupich's elevation 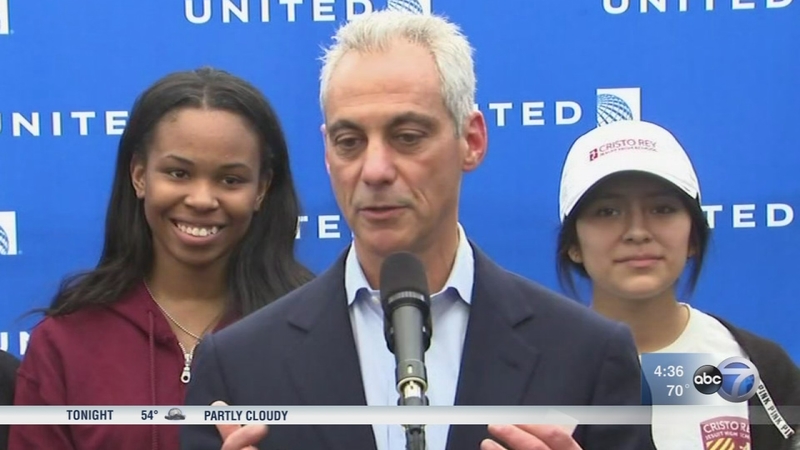 CHICAGO (WLS) -- Mayor Rahm Emanuel led a diverse delegation from O'Hare Airport on a flight to Rome on Thursday for the elevation of Archbishop Blase Cupich to cardinal.

Archbishop Cupich will become a cardinal on Sunday.

The diverse delegation of approximately 80 people included Christians, Jews, whites, blacks and Latinos. All of them were on their way to Rome to make a statement that no matter how divided the United States might appear to the rest of the world, Chicago is a unified archdiocese.

"The good lord did not make us Democrats or Republicans, the good lord put us on earth to do good work and to help each other," said Governor Bruce Rauner.

"This is a tremendous honor for all of us, whatever faith or denomination you're from," said Emanuel.

The delegation of civic, religious and labor leaders also included several aldermen and city officials. Emanuel invited two of his office's high school-aged interns, both of whom are traveling overseas for the first time.

"I feel very excited for such a great opportunity. It's a good thing to be able, as a teenager, to go out and explore the world for the first time," said Nakia Bell, a student at Christ the King High School.

The mayor, whose travel is being paid for by the private World Business Chicago group, insisted there were no taxpayer dollars underwriting the journey. Other politicians explained their costs are being paid for either personally or by their political organizations.

"When I think his role in Chicago is to reach out to everybody. Not just to Roman Catholics, but to everybody. So I think this is a great symbolic moment, not just for him, but for all of us," said Rev. Tom Hurley of Old St. Patrick's Church.