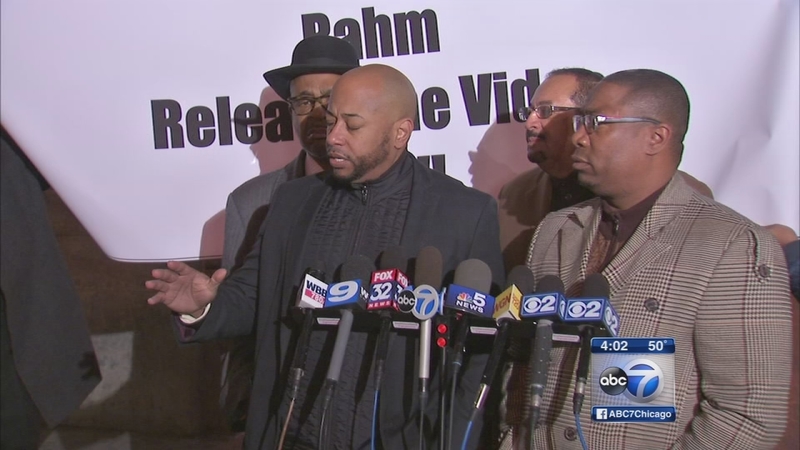 CHICAGO (WLS) -- There are no signs the controversy surrounding the fatal police shooting of Laquan McDonald is on the wane, as the demonstrations resumed Friday with black religious leaders up before dawn, complaining that Mayor Rahm Emanuel's apology earlier this week is not enough.

"We will not rest or accept the apology because we want results and we want change that leads to justice," said Bishop Tavis Grant.

The four African American ministers - all of whom supported Emanuel's re-election - are now circulating petitions asking for a vote of no confidence in the mayor. Bishop James Dukes declared war.

At noon, another demonstration outside City Hall included more demands that the mayor resign. Some of the protesters allege Emanuel helped hide the Laquan McDonald video until after the mayor was safely re-elected.

"In all fairness, we should give him a chance to fix the problem, not just oust him because there is a problem," said Tonya Hunter, an Emanuel supporter.

Robbins spoke after the McDonald family and its supporters held a news conference. A family spokesman said Emanuel is not the politician they want to resign.

"We have more of a problem in the Office of the State's Attorney when it comes to Laquan McDonald," said Rev. Marvin Hunter, McDonald's uncle.

Also at the McDonald family news conference, the Rev. Marvin called on the White House to convene a summit on the West Side of Chicago. He wants a discussion not only on police brutality but on economic problems in America's big cities.