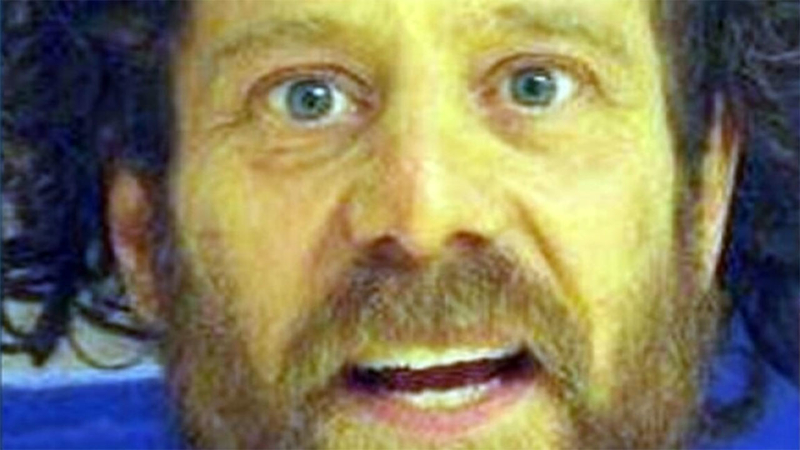 RED BLUFF, Calif. -- Officials say at least six people are confirmed dead, including a gunman in a shooting rampage that started at a home and ended at an elementary school in NorCal on Tuesday.

During a press conference, an assistant sheriff said the wife of gunman was found dead in a home, which brought the death toll to six.

Hours after the lone gunman opened fire in the small town of roughly 1,500 residents, investigators worked the seventh crime scene, which is where the shooting spree came to an end.

The gunman, identified by the local district attorney as 43-year-old Kevin Janson Neal, was shot and killed by sheriff deputies. The bullet holes were still visible on two vehicles.

Authorities said the shooter had been feuding with his neighbors, who were targeted Tuesday morning. The shooter was facing charges of assault, and one of the neighbors had placed a restraining order against him.

The shooting soon turned random. At one point, the gunman tried to enter Tehama Elementary School, but the quick thinking by teachers after hearing gunshots put the school on lockdown, and the shooter couldn't get in.

One student was shot and injured at an elementary school after shootings occurred at seven separate scenes near the town of Red Bluff.

A second child and a female adult were shot in a truck, authorities said.

According to police, it appears that the shooter was randomly picking targets.

The gunman was killed after two officers engaged him, law enforcement officials said. The gunman had a semi-automatic rifle and two handguns.

At least 10 people were hospitalized after the shooting spree.

What we know about the shooting at Rancho Tehama Elementary School

Police said that students at Rancho Tehama Elementary School were among those transported to hospitals but confirmed no children were among the dead.

The student shot is the little cousin of resident Gerardo Garcia, who works at his family's store in town. He said his cousin, Alejandro Hernandez, had two bullets removed and is expected to survive.

"You hear about this happening all over the country. Once it happens to you, it seems unbelievable at first, but it happens here now," he said.

About 100 students attend the school, according to an official.

Officials said in an afternoon press conference that the incident could have been so much worse if it wasn't for the quick thinking of staff at the elementary school. Gunshot sounds were heard less than a mile away and the school went on immediate lockdown.

The shooter rammed the fence and gate of school, entered the grounds with a semi-automatic rifle and fired multiple rounds.

It appears, officials said, the gunman couldn't access school rooms, so he gave up, re-entered his vehicle and took his killing spree to the streets.

One parent who was in a classroom locked down with 14 kindergartners described over the phone how the shooter was firing into the school.

"There was gunshots going for a good 20 to 25 minutes. My window was hit with, like, a few shots, and the student injured was in my classroom. It was within seconds of me looking out the window to see if I can see the shooter, and he got nailed," said parent Coy Ferreira.

The Corning Elementary School District issued a statement, saying at least one student was shot during the lockdown, but the staff's "courageous and immediate response...prevented any further injury or violence."

The statement, in part, read: "The gunman shot out windows and through walls. In addition to injuries from broken glass, a student on campus was wounded by gunfire. We are informed that the student is in stable condition. The District has accounted for all of the students and staff present at the time of the incident. Parents have been notified. Counselors will be made available to meet with students and staff."

Officials said Rancho Tehama Elementary School will be closed until further notice in order for law enforcement to complete its investigation.

"It was very clear at the onset that we had an individual that was randomly picking targets," Tehama County Assistant Sheriff Phil Johnston said.

Authorities said the alleged gunman started firing at random residences in the area of Bobcat Lane before 8 a.m. The man then stole a truck and went on a shooting spree through the community.

He crashed the first vehicle, then robbed a man and stole a second vehicle before being shot and killed by officers he encountered. The whole situation lasted around 45 minutes, authorities said.

Law enforcement officials said the suspect had a history of neighborhood disputes and may have been released on bond for a previous incident.

Authorities were not aware of the man holding a license to carry a gun.

A man interviewed by media in the area said his roommate was among the victims in Northern California and that his neighbor was the gunman.

Brian Flint said that his neighbor, whom he knows only as Kevin, stole his truck.

Flint said he and his roommate told authorities that their neighbor was acting "crazy" and threatening them.

Flint said the neighbor had been shooting hundreds of rounds from large magazines.

"The crazy thing is, is that the neighbor has been shooting a lot of bullets lately, hundreds of rounds, large magazines. And, you know, we just, we made it aware that this guy was crazy and he's been threatening us," Flint said.

California Gov. Jerry Brown issued a statement in the wake of the shooting:

"Anne and I are saddened to hear about today's violence in Tehama County, which shockingly involved schoolchildren. We offer our condolences to the families who lost loved ones and unite with all Californians in grief."

The community of Rancho Tehama Reserve, about 130 miles north of Sacramento.