WLS
By Michelle Gallardo
Two days after prominent Catholic priest John P. Smyth was removed amid allegations of sexual abuse, many of his parishioners and former students expressed support for the retired priest.

Smyth has not commented on the allegations, but he is no longer living at the rectory of Our Lady of Guadalupe, where he was prior to his removal.

Cardinal Blase Cupich disclosed the news about Smyth, who is accused of sexually abusing a minor sometime between 2002 and 2003, when the now 84-year-old was at the head of Maryville Academy in Des Plaines. The allegations are still under investigation.

"He dedicated his life to take care of kids that were neglected and abused. Fifty years. He's had thousands, not hundreds, but thousands of kids that he has taken care of," said Art Contreras, a Maryville Academy alumnus.

On Sunday, the group of supporters delivered a letter to the church. They say they are upset with the handling of the case because it should have remained a private affair.

Larry Antonsen, a member of the Survivors Network of those Abused by Priests (SNAP), said he believes it's not enough to just release the names of the accused. He said the American Catholic Church continues to violate the policies they put in place in 2002, the same year Father Smyth is alleged to have committed his crimes.

"If they had followed through in 2002 with the zero tolerance, this wouldn't be blowing up like this right now. They still hide people. They still move people around. That's why when they release names and pictures, they need to release work histories," Antonsen said.

The archdiocese has not said how many children were involved in the abuse allegations or whether they had been living at Maryville Academy at the time. Officials said that they've been referred to the Department of Children & Family Services (DCFS) and the Cook County State's Attorney's Office.
Report a correction or typo
Related topics:
religion & spiritualitydes plainessex abuse against childrencatholic schoolpriest sex abusecatholic churchsex abuse
Copyright © 2020 WLS-TV. All Rights Reserved.
RELATED 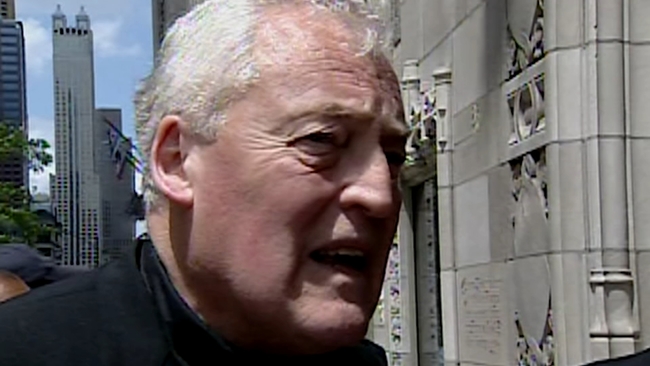