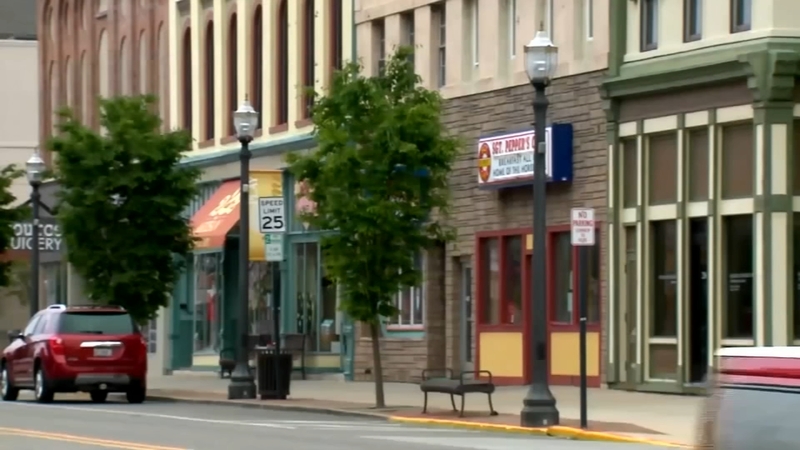 Madison County Board Chairman Kurt Prenzler said it's not the board's intention to have a disagreement with Gov. JB Pritzker. Prenzler said they're not rebellious; they are just trying to work in a common-sense way.

The four-phase plan allowed restaurants, bars, salons, daycares and gyms to open Wednesday. Restaurants, retail shops and gyms can only hold 25% of their capacities. Salons will have to limit customers to appointment only.

Facing growing defiance, Gov. JB Pritzker did not mince words, saying there will be consequences for business owners and local governments that defy the state's orders.

So far Madison County reported 445 confirmed COVID-19 cases and 32 deaths; however, Prenzler points to recovery numbers, which stand at 186.

"What we're really trying to do here is balance our public health with our economy and jobs and also our constitutional rights," Prenzler said.

As other local governments threaten to reopen on their own, Pritzker is playing hardball, saying he would consider withholding the distribution of federal aid to those municipalities.

"There will be consequences. Businesses and individual professionals that are licensed by state agencies will be held accountable for breaching public health orders," Pritzker said.

Pritzker suggested Wednesday that state-regulated businesses could lose their licenses and local governments could have federal dollars withheld.

"Local law enforcement and the Illinois State Police can and will take action," Pritzker said.

But Kendall County Sheriff Dwight Baird said he won't break up large gatherings, including weddings, or tell businesses to close, saying "...the Governor's Executive Order is not a law."

A bar in downstate Quincy also reopened Monday with shoulder-to-shoulder crowds, according to WGEM-TV.

Adams County, which includes Quincy in western Illinois, has also asked Pritzker to modify his Restore Illinois plan. The Adams County Board passed a resolution Tuesday in an effort to reopen the county.

"Our numbers are just far better than they are up north, and we feel like we're being punished because we're all in this together," Adams County Board Chairman Kent Snider said.

Quincy University also said Wednesday it would open in the fall for face-to-face classes, according to WGEM.

The reopening push comes as the governor's order faces another legal challenge.

State Rep. John Cabello, R-Machesney Park, made another move to try to get the state's stay-at-home order overturned, and the Illinois attorney general responded immediately. Cabello filed a restraining order Tuesday night, asking a Winnebago County judge to rule the governor's stay-at home-order invalid for the entire state. This is different than the lawsuit Cabello filed last month testing the constitutionality of Pritzker's stay-at-home order.

"He had the opportunity to do what he needed to do for 30 days, from that point on he needed to include the General Assembly. He has not. We want a way of finding that we have a more common sense approach to what is going on," Cabello said.