Vets scramble to save lion cub abused by circus After a lion cub named Magnus was starved and abused by a circus to keep him small, veterinarians from around the world pulled together to save the cub's life. (Let's Adopt! Global/Viktor Larkhill)

After a lion cub was starved and abused by a circus to keep him small, veterinarians from around the world pulled together to save the cub's life. 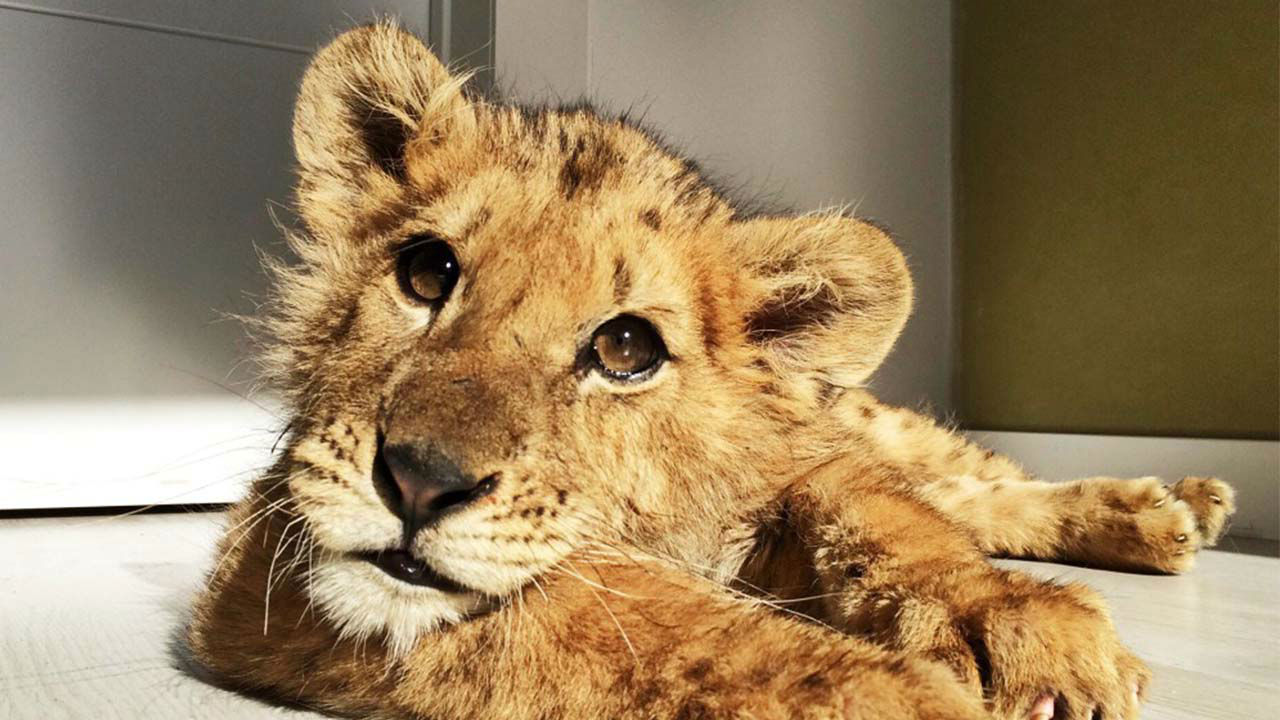 PHOTOS: Vets save abused lion cub
After a lion cub named Magnus was starved and abused by a circus to keep him small, veterinarians from around the world pulled together to save the cub's life.

Magnus, a 4-month-old lion cub in Spain, was born in captivity and separated from his mother only days afterward, according to animal charity Let's Adopt! Global. He was then made into a tourist attraction by a Spanish circus, charging visitors 20 Euros to have their photo taken with him.

In an effort to slow down Magnus' growth, the circus deliberately kept the cub malnourished, feeding him a liquid-only diet comprised of yogurt and bread.

After Magnus became sickly, the circus owner took him to a vet to be euthanized.

Upon discovering Magnus' gross mistreatment, Spanish officials seized the cub and placed him in the care of a local animal sanctuary. Veterinarians then discovered the cub's liquid-only diet had stunted his bone and muscular development, creating a life-threatening condition that narrowed his oesophagus to the point where he could not consume solids.

Tap to view if on News app.

"The circus regarded the baby lion as an attraction to bring in visitors and they were keen to keep it small for as long as possible," said Ivan Jimenez (also known as Viktor Larkhill), one of the founders of Let's Adopt! Global. "We decided to pay for the surgery although we usually only treat cats and dogs."

Since the operation, one of several he'll need in his lifetime, Magnus' weight has doubled from 11 to 22 kilos, according to The Mirror.

"The lion should have been fed with meat two months ago but it was not able to eat solid food, said veterinarian Nelo Civera. "Currently, Magnus can eat a kilo of chicken breast chopped into two doses every day but he will be chronically ill for life."

It is unlikely Magnus will ever be able to eat large chunks of meat, and his meals will always need to be cut up from him, said Civera. He will never be able to survive in the wild.

Jimenez later informed ABC that Let's Adopt! Global is doing everything they can to get Magnus healthy again before he is transferred to a sanctuary in Africa.