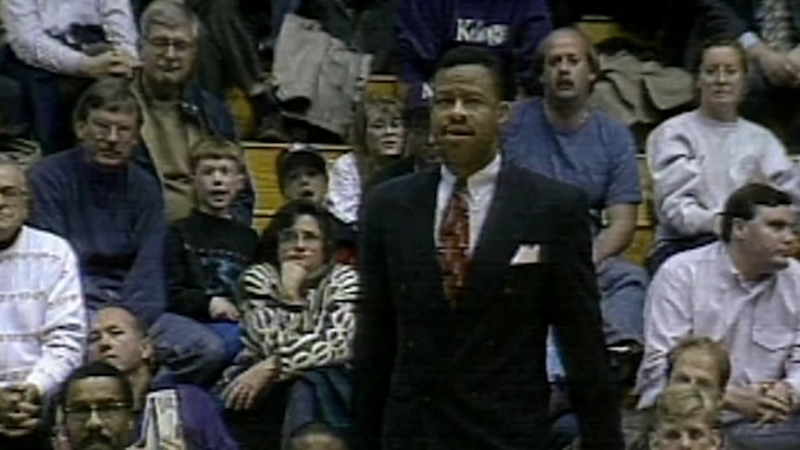 EVANSTON, Ill. (WLS) -- In 1999, former Northwestern University basketball coach Ricky Byrdsong was gunned down by a white supremacist while walking with his children near his Skokie home.

In the days following the tragedy, the community came together to honor him.

"My neighbors started gathering at the spot where he was gunned down. And those numbers just grew over the days. Not only was it a time of healing and sharing for us, but it was also a time when we started talking about 'what can we do?'," said Ricky's widow Sherialyn Byrdsong.

Two decades later, the rally is much bigger than that with the Ricky Byrdsong Memorial Race Against Hate. Byrdsong said the support proves love is stronger than hate.

"Once you had a five minute conversation with him, you felt like you had just met your new best friend," Byrdsong said.

"He used the basketball court as a classroom about the bigger game of life," Byrdsong said.

The man that killed Ricky also injured six Orthodox Jews, a Korean American graduate student, and an African American minister before taking his own life.

In the face of anguish and pain, Byrdsong chose hope and healing.

In 2000, Byrdsong started The Race Against Hate. Today, it's 5,000 runners strong. Byrdsong said in two decades, her community is, "more aware, more united, more educated, more embracing," because of what happened to Ricky.

But she said there's a long way to go with hate groups in the U.S. on the rise, according to the non-partisan Southern Poverty Law Center.

"The increase in hate crimes is disheartening, but you never know in whose life you are making a difference," Byrdsong said. "If this race and if what someone else says or does can make a difference in one person's life, then it's worth it."

Byrdsong said the Race Against Hate is a time for lessons to be learned and lessons to be taught and it's more relevant now than ever.