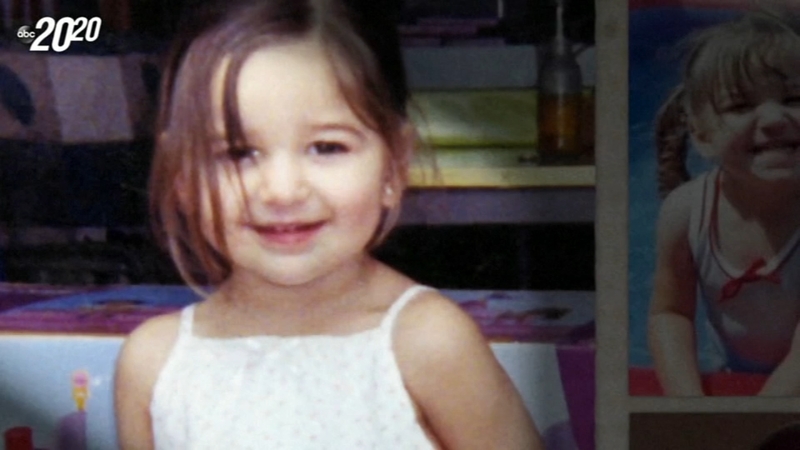 WILMINGTON, Ill. -- Five years had passed since the 2004 murder of 3-year-old Riley Fox when FBI Special Agent Lori Warren began working on what she called "the most important case of my career," ABC News reported.

Warren and her team brought new energy to an investigation that had essentially stalled. The agent had been eager to work the case for a while, she said, and she was determined to bring Riley's killer to justice.

"When I see this little child that was just so beautiful and rambunctious ... there's no way you can't want justice for this child," Warren told "20/20" in an exclusive interview.

Riley had been found dead in a creek on June 6, 2004, a few miles from her home in south suburban Wilmington. She had been sexually assaulted, bound and gagged. The toddler's death was later determined to be from drowning.

Nearly five months later, her father, Kevin Fox, was arrested after a 14-hour interrogation during which he said police coerced him into giving a false confession. Police have denied coercing Fox to confess.

Fox was charged with first-degree murder in the death of his daughter. Facing the death penalty, he was held in jail on a $25 million bond but released eight months later after he was exonerated by DNA evidence.

The DNA results from the state crime lab initially were inconclusive, but Fox's attorney, Kathleen Zellner, had them sent to a private lab with more sophisticated technology, and it was determined the DNA didn't match.

When the FBI began its investigation in 2009, it was two years after a jury awarded Fox and his then-wife, Melissa Fox, $15.5 million for the Will County Sheriff's Office investigators' false arrest and intentional infliction of emotional distress. The settlement later was reduced by about half.

The Will County Sheriff's Office has denied intimidating and verbally abusing Fox and his former wife on the night that he was interrogated. Jeff Tomczak, the former state's attorney who charged Fox, told "20/20" co-anchor David Muir in 2008 that he stood by the decisions he made in the case.

Warren said the FBI started the investigation from scratch, as if the murder had just happened. She directed a team of agents to Wilmington to conduct interviews, around the neighborhood, to see if they could find any new information or leads, according to FBI Special Agent Jeremy Resar, Warren's partner on the case.

During the FBI's canvas, agents spoke to a woman who told them about a man named Scott Eby, with whom she'd been in a previous relationship.

The FBI learned that Eby was someone with a lengthy rap sheet, who had been in and out of prison for burglary and other felonies. At the time of Riley's murder, he was living with his mother in Wilmington, only a mile away from the Fox's home.

The woman recalled that one day, months after the 3-year-old's death, she and Eby were at Riley's Memorial Garden, when he made a strange remark.

"I was saying, 'I can't believe somebody did that to that sweet little girl,'" she recalled. "And he said, 'Oh, that was such a shame wasn't it.' And the way he said (it) was cold, like he didn't mean it. It was like an actor reading a script that didn't know how to act, and, for some reason, it just stuck in my head."

It wasn't much to go on, but Warren wanted to chase down every possible lead. The FBI went to interview Eby at Lawrence Correctional Center, where he'd been imprisoned for sexual assault.

Warren said he was cooperative and answered their questions, saying he didn't know the Foxes and didn't have any other information, he had only heard about the case.

Warren said she initially didn't feel like Eby was involved in the case at all, but that she probably wanted a DNA sample just in case.

After the FBI agents left, Eby called his mother from prison. "20/20" obtained the recording of that call, which has never been heard publicly. In that call, Eby was emotional and begged his mother to come visit him as soon as possible.

"I'm fixin' to spend the rest of my life in the penitentiary, mom. Only thing that I can tell you is that the FBI came and visited me today, OK? And that's the only thing I can say," Eby said on the call. "You gotta come down here, mom, so I can give you a hug and a kiss one last time, please."

Days later, Warren received a call from the prison, saying Eby had attempted suicide and he'd written them a letter titled "A Confession to Murder." The letter was immediately faxed to her.

"My head is spinning at this point," she said. "We just left this guy several days prior. ... He didn't give us any indication that he was involved, and my head was literally spinning, like, 'Oh my goodness. This is really happening.'"

The FBI got Eby's DNA sample, and Warren and Resar returned to the prison to speak with him. This time, a video camera recorded the conversation. On the tape, obtained exclusively by "20/20," Eby went into painful detail about what happened to Riley Fox.

He told investigators he had been drinking, using cocaine and was planning to burglarize homes.

Eby said he'd broken into the house across the street from the Foxes on the night Riley disappeared. He told the FBI that he'd cut a hole in the screen door and stolen $40 from the homeowner's wallet before leaving.

This neighbor reported the break-in to Wilmington Police the same morning Riley went missing. However, according to Kevin Fox's legal team, the Will County Sheriff's detectives who led the investigation into Riley's murder never connected this robbery to her disappearance. Instead, they claim, the Will County investigators kept their focus on Fox at the time, pointing to the lack of signs of a forcible entry into his home as reason to make him a suspect. Yet, the Fox's backdoor lock already had been broken, and Eby told the FBI he just walked in.

Once inside, Eby said he couldn't find anything of value to steal.

"I was getting ready to leave and I looked back, and, I don't know, for some reason, I just fixated on that little girl," he told the FBI.

Eby said he brought Riley to Forsythe Woods, where he eventually sexually assaulted her in the park's bathroom and he told the FBI he decided to kill her after a bandana he'd worn to cover his face slipped off.

"She's looking directly at my face and stuff, and I realize that my mask is no longer on my face, and then I really panic," Eby said. She began crying out for her father, he remembered. "She kept saying, 'I want my daddy.'"

Eby told the FBI that he then decided to drown Riley in the creek that passes through the preserve.

Afterward, he said he threw his sneakers into the creek. He said it was a "stupid" mistake, and that he had expected authorities to find him a lot sooner because his name had been written on their tongues. After Eby's confession, the FBI learned that the Will County Sheriff Office had both of Eby's shoes in their custody -- both with his name on the tongues -- from the day Riley was found.

Melissa Fox, Fox's former wife, also said she remembers the investigators asking about her then-husband's shoe size, but it didn't match the sneakers found at the creek.

"We never heard about that shoe again because it didn't fit their crime," she said.

Eby claimed to have discarded Riley's pants and underwear in a trash can next to the bathroom, but they weren't discovered at the scene by investigators.

Perhaps the biggest revelation is that Wilmington police visited Scott Eby's house in the hours following Riley's disappearance. A friend had reported he was suicidal and they conducted a welfare check. According to Eby, when he answered the door and saw officers, he threw up and later asked them "if they found the little girl yet?"

Zellner alleged that if the Will County investigators had run Eby's name through the system, they would have recognized his criminal history and possibly tied him to Riley's case.

"He has all the red flags that they should have picked up on, from the burglary convictions ... to the suicide attempts, to the inquiries about Riley," Zellner said. "I mean, he did everything but set a siren off at his house: 'I'm the guy.'"

The Will County Sheriff's Office and the detectives involved in investigating Riley Fox's murder declined to comment to ABC News.

In 2010, then-Sheriff Paul Kaupas admitted his department "obviously dropped the ball" and commissioned an outside review to see what mistakes were made during its handling of the case.

The scathing report found "well-intentioned, if overzealous, investigators ... ignored or were unaware of substantial leads and information that may have led them to very different conclusions."

"The investigators' conception of sound investigative practice was flawed in many respects, including their then-current practice in conducting interviews, administering polygraphs and recording confessions," the report said.

"I think the primary reason they believed that Kevin Fox was responsible, ultimately, was that he was all they had," said Bill Andrews, the author of the report. "So five months into the case, they decided to make a run at him -- but not because there was overwhelming, or even remotely convincing, evidence that he had done anything wrong."

"One second we're sitting there just like, 'Thank you so much for the work you've done.' Finally, someone really making us feel like she was important enough to do your job," she said. "And then the next minute, crying so hard that you couldn't breathe, and just being sad for her."

In 2010, Eby was charged with first-degree murder and predatory sexual assault. He pleaded guilty and was sentenced to life in prison without parole. In a victim impact statement to Eby during his sentencing, Melissa Fox spoke directly to him.

"I came to face you ... so you would know how important standing up for Riley was to me," she said. "She was defenseless that night, and that makes you a coward and a monster."

Melissa Fox told "20/20" that Eby's sentence brought her closure and "some peace know(ing) that he was going to pay the price for what he'd done." But she said it would never "measure up" to the crime that he'd committed.

Today, nearly 17 years since her daughter died, she says she prefers to focus more on the day her daughter was born, March 31.