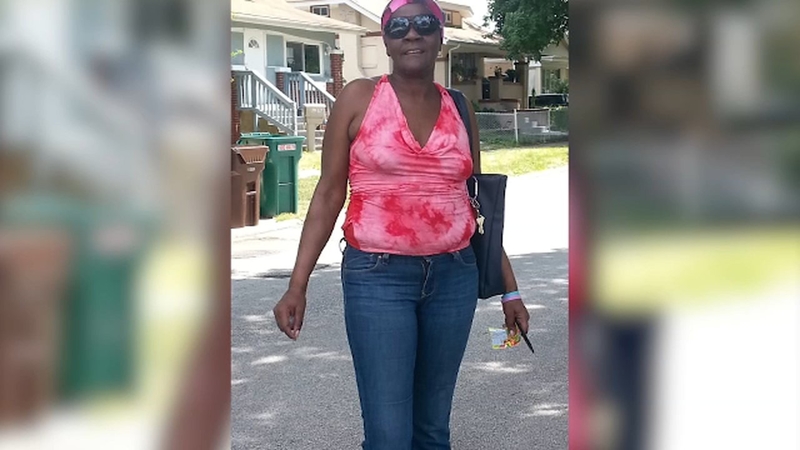 ROBBINS, Ill. (WLS) -- A 60-year-old woman died after she was badly beaten Friday afternoon in south suburban Robbins, authorities said. Police are conducting a homicide investigation and searching for a person of interest.

Victoria Davis was assaulted around 1:30 p.m. Friday in the 3400-block of West 136th Place, according to the Cook County Medical Examiner's Office. She died the next morning, at 3:38 a.m. Saturday.

An autopsy conducted Sunday said she died of multiple injuries from the assault and her death was ruled a homicide, the medical examiner's office said. She lived on the same block where the assault occurred.

Davis' daughter Angelica spoke with ABC7 Eyewitness News. She said she knows who beat her mother to death and she has a message for that person.

"You purposely took my mother from me. For what? She can't even tell me. He's the only person that knows why," Angelica said.

Police identified Malvin Dansby as a person of interest in this case and would like to question him. His whereabouts are unknown, but he may be in the Joliet area.

Investigators said the deadly assault was an isolated incident.