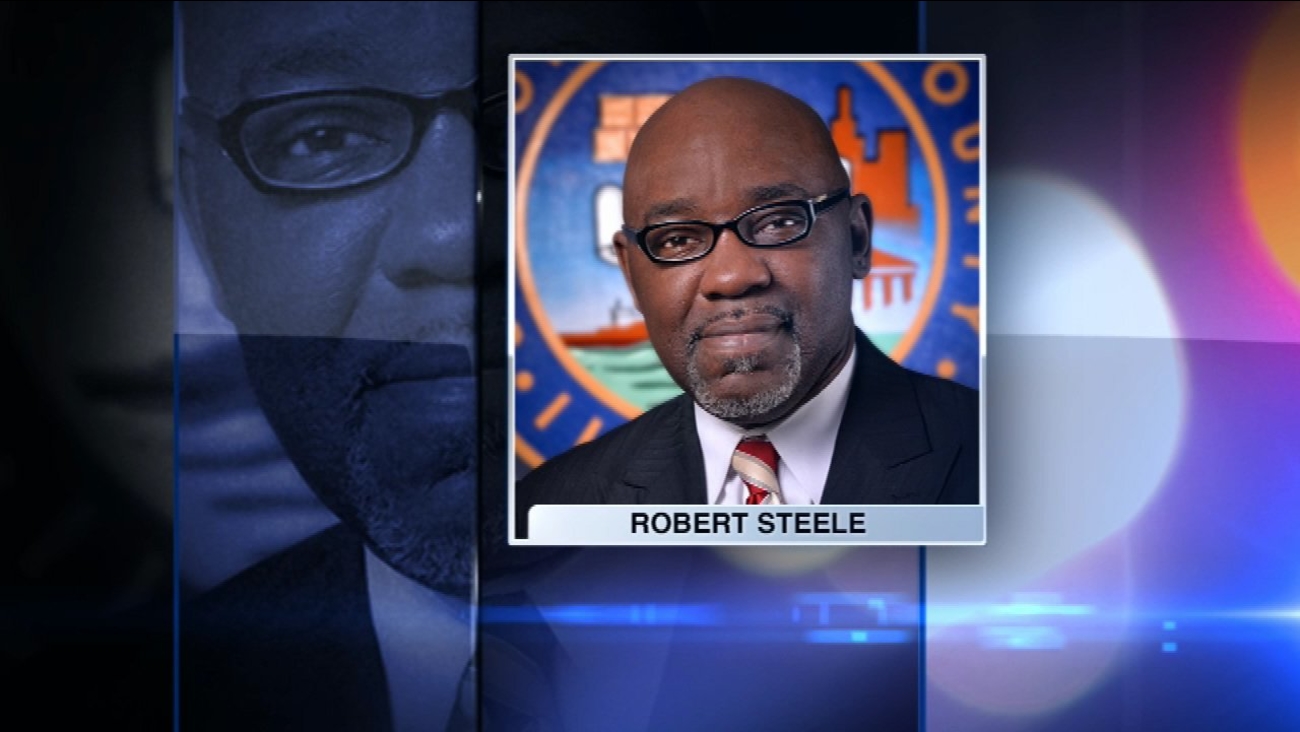 CHICAGO (WLS) -- Cook County Commissioner Robert Steele died Monday at the age of 55. He had been recovering from a bout of pneumonia.

Steele served as President Pro Tempore for the Cook County Board and was commissioner of the county's 2nd District.

His family released a statement saying, in part, "Robert was affectionately called the Man of Steele and he had the biggest heart for people. He loved working in the trenches among community organizations, churches, schools, at-risk youth, and senior citizens. ... A tireless public servant, Cook County Commissioner Robert Steele will be deeply missed by the communities he served, his family and his children."

Commissioner Richard Boykin released a statement saying, in part, "His presence will be missed by myself, our colleagues and all of the Second District. I spoke to former Board President Bobbie Steele and offered my sincerest condolences to her and his entire family."

Mayor Rahm Emanuel released a statement that said: "Robert Steele was a passionate and committed Chicagoan who dedicated his life to public service and strengthening communities. From his tenure as Community Outreach Manager of the Chicago Park District to his time as a Cook County Commissioner, Robert was a proven advocate for the city's health services. While he hailed from North Lawndale, Robert was deeply devoted to Chicago's West and South Sides. Amy and I join with all Chicagoans in mourning his loss and extend our deepest condolences to the Steele family on this difficult day."
Report a correction or typo
Related topics:
politicschicagocook countyobituary
Copyright © 2022 WLS-TV. All Rights Reserved.
TOP STORIES
ISP trooper among 2 found dead inside parked car: sources
Illinois reports 9,462 new COVID cases, 81 deaths
Dad charged and fired from job after racist tirade posted on TikTok
Activists fight for civil rights charges in murder of Laquan McDonald
Tips for tax season
Family of hospitalized 7-year-old girl encourages COVID-19 vaccination
'Promised Land' stars talk ABC show debut
Show More
Girl, 8, killed in shooting 'hoped for a better life,' family says
Cruise ship takes passengers to Bahamas to avoid Florida warrant
Here's where you can get a free N95 mask from the government
5 tax changes that can boost your refund this year
Woman killed in 'targeted ambush' at her birthday party in CA
More TOP STORIES News