What you can do right now to stop robocalls 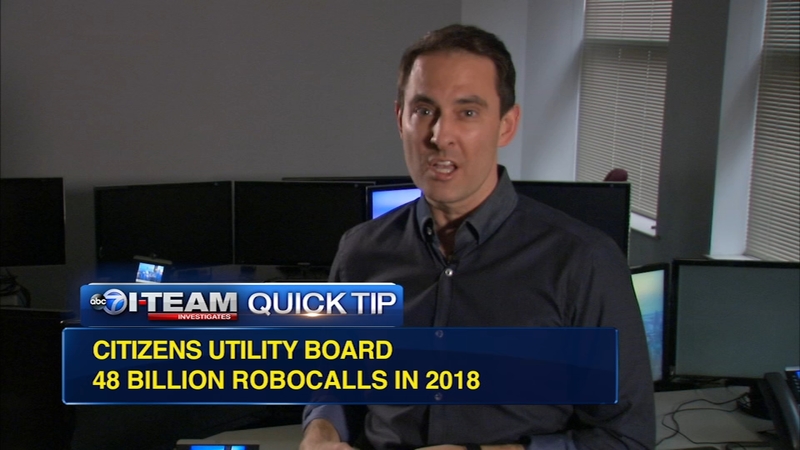 Quick Tip: How to reduce robocalls

Billions of robocalls are vexing Americans - and it's not slowing down.

Many of the unsolicited calls are from scammers pretending to be tax collectors, charities, or salespeople. Short of throwing your phone in the garbage, there's no way to avoid them altogether. But wireless providers and smartphone developers offer tools to filter out at least some unwanted calls.

Not all robocalls are fake or illegal: Pharmacies and utility companies, for example, use the technique to reach customers. You can ban telemarketers by registering with the federal "Do Not Call" list - but that won't stop fake telemarketers or scammers, many of whom have ways to get around spam filters. You can report unsolicited calls to authorities.

Apps and spam filters are far from perfect, and telecom companies are hopeful new call tracing technology will improve their efforts.

Verizon's Call Filter app is free to download on iPhones and Android devices. The company announced Thursday the app will offer some free features - including auto-blocking calls from known fraudsters, showing warning banners for suspicious calls, and a spam reporting tool.

For $2.99 a month per line, the Call Filter app can use a phonebook feature to look up the names of unknown callers, and it can show a "risk meter" for spam calls.

AT&T's Call Protect has similar free features and add-ons with a $3.99 per month subscription. (iOS and Android)

Sprint's Premium Caller ID, which comes pre-installed, looks up unknown numbers and filters and blocks robocalls for $2.99 per line.

Google's Pixel phones also give you the option to have your voice assistant answer suspicious calls for you. The phone can transcribe the conversation and lets you decide whether to answer.

There's not much to be done for pre-1990s landlines, according to experts. But options do exist for most modern digital phone systems, which are offered by internet service providers.

Home phone customers with Comcast's Xfinity, Verizon Fios, AT&T U-Verse and others can sign up for a free service called Nomorobo. It's a cloud-based platform that automatically screens for suspected robocallers and telemarketers.

Nomorobo was one of two winners in a 2013 competition, put on by the US government, to develop anti-spam technology.

The company has also rolled out a smartphone app that says it can automatically block scammers, telemarketers and spam texts. The company says the iOS app can also block incoming calls from fake numbers that look very similar to your own, thwarting a technique "neighbor spoofing," a common tactic among pesky robocallers. Subscriptions cost $1.99 per month. (iOS and Android)

The telecom industry is putting high hopes on a new tool called STIR/SHAKEN to improve the accuracy of spam filters. It's designed to identify and trace calls that use the "spoofing" technique, which allows spammers to mask their identities and make it look like they're calling from somewhere else - even your own phone number.

STIR/SHAKEN is the result of a major corporate collaboration. Companies will work together to verify calls across the industry, so that a person using an AT&T wireless phone, for example, can be verified when they call a Comcast landline.

AT&T, Comcast and Verizon this month announced the first successful tests of the system. A long list of providers have pledged to implement the technology by the end of the year. (AT&T owns CNN's parent company, WarnerMedia.)

It won't solve everything. Spam filters and regulators will still rely on consumer complaints to hash out which calls are coming from legitimate sources and which come from bad actors.

But it will go a long way toward gathering information on spoofed calls, which have long frustrated anti-robocall efforts, according to Jim McEachern, a senior technology consultant at telecom industry association ATIS.