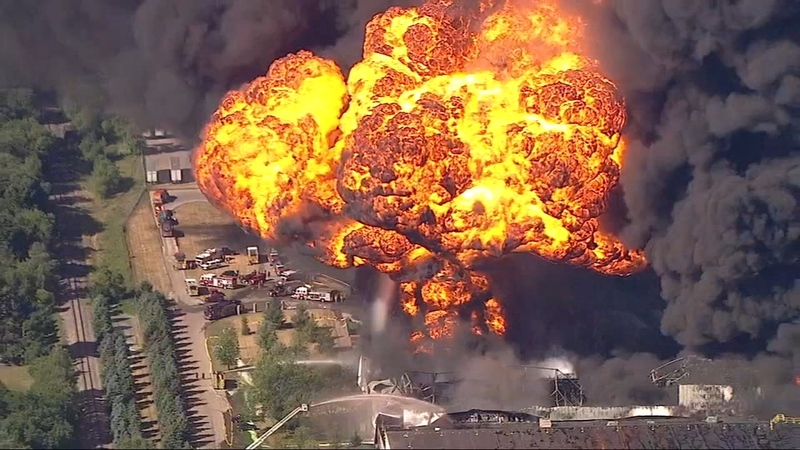 CHICAGO (WLS) -- Even as an investigation has yet to begin to determine a cause of Monday's fire and explosion, it was just last month that federal job safety investigators were at Chemtool's Rockton plant looking into a health and safety complaint. Not much is known about that case, but it is still listed as open.

Just 25 days before the massive chemical fire, inspectors from the U.S. Labor Department's Occupational Health and Safety Administration showed up at Chemtool to investigate a complaint. A summary record does not explain what they were inspecting on May 20, only that the complaint involved safety and health and the case status is still open.

OSHA officials said they have six months to complete the investigation and until it is finished, no further information will be made public. There are no other outstanding cases or any violations in U.S. records.

A company promotional video touts the firm's leadership and technology. The industrial fluid and lubricant manufacturer has been in business since 1963. Almost eight years ago, it was bought by the global chemical firm Lubrizol, owned by Berkshire Hathaway.

A material data safety sheet put out by the company lists some of the hazards and protection protocols in dealing with some chemicals on scene, noting that "In a fire or if heated, a pressure increase will occur and the container may burst, with the risk of a subsequent explosion. Runoff to sewer may create fire or explosion hazard."

Chemtool has no U.S. Environmental Protection Agency violations during at least the last three years.