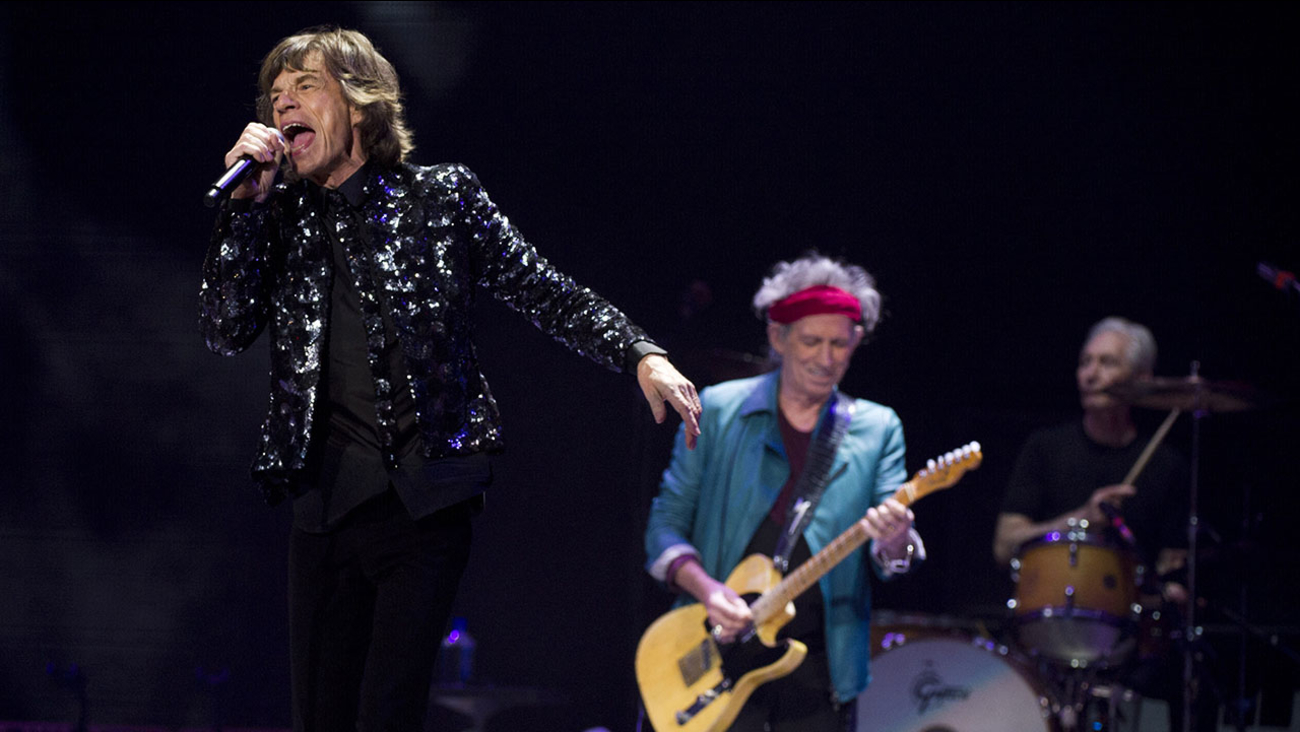 Mick Jagger, from left, Keith Richards and Charlie Watts of The Rolling Stones perform in concert on Saturday, Dec. 8, 2012 in New York. (Photo by Charles Sykes/Invision/AP)

CHICAGO (WLS) -- The Rolling Stones will take their No Filter tour to the U.S. next year, and they'll be stopping at Chicago's Soldier Field.

The tour kicks off in Miami on April 20. The legendary band will play Soldier Field on June 21.

For the past few years, Mick Jagger, Keith Richards, Charlie Watts and Ronnie Wood, have mostly played in Europe. Jagger said in a statement, "It's a thrill when we play stadiums in the States - the energy is always amazing!"

The band returned to its blues roots in 2016 with the release of "Blue & Lonesome," which earned the Stones a Grammy Award for best traditional blues album.

On the No Filter tour, they're treating audiences to classics like "Sympathy for the Devil," "Paint It Black," "Brown Sugar" and "Miss You."