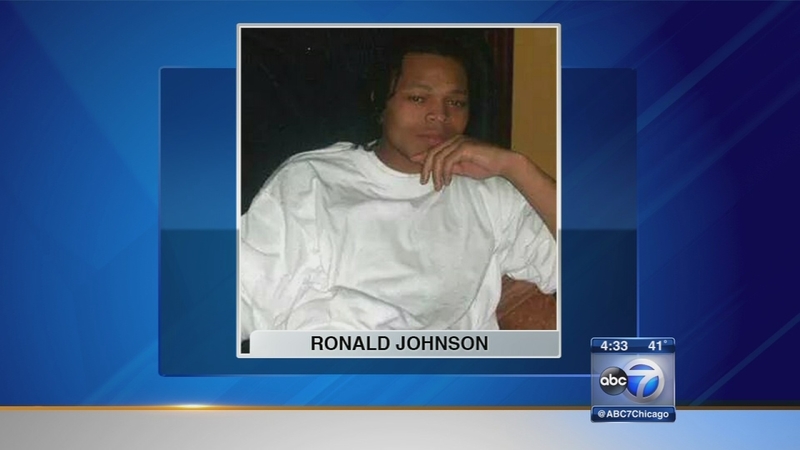 CHICAGO (WLS) -- Lawyers for the family of a 25-year-old African American man killed by police in October 2014 are pushing for dash-cam video of the shooting to be released.

"The police department and the city are still covering this up. And that's why we are here today," attorney Michael Oppenheimer said. "The city has persisted in covering up that video. The taxpayers have paid for those dash cams, they've paid for those cars... They're still denying justice for Ronny and his family."

Ronald Johnson was shot during a chase near East 53rd Street and South Martin Luther King Drive on the city's Washington Park neighborhood on October 12, 2014. Police were responding to a call of shots fired in the area when the spotted Johnson, who his family said had only a minor police record.

Oppenheimer said the dash-cam video refutes claims by police that Johnson had a gun and shows he was running away when he was killed. The video was released to attorneys, but not to the public.

"I am 100-percent certain that Ronald had nothing in his hands when he was running," Oppenheimer said. "That gun was not in his hand unless the police glued it to his hand."

Oppenheimer and Johnson's family believe a gun was planted on the man's body after his death. They want the video released to the public, as was the case in the Laquan McDonald shooting. The McDonald shooting triggered protests and, eventually, the resignation of Chicago Police Supt. Garry McCarthy.

Oppenheimer wants a special prosecutor appointed to handle this police shooting and others.

"There has been no investigation on this case," Oppenheimer said. He is calling for Cook County Prosecutor Anita Alvarez to resign.

"It's been over a year since my son was murdered," Dorothy Holmes said. "Shouldn't nobody have to go through this pain over their kids."

Following the Johnson family news conference, the Chicago Mayor's Office said the city's legal team will review releasing the video. Mayor Rahm Emanuel did not comment on the case.