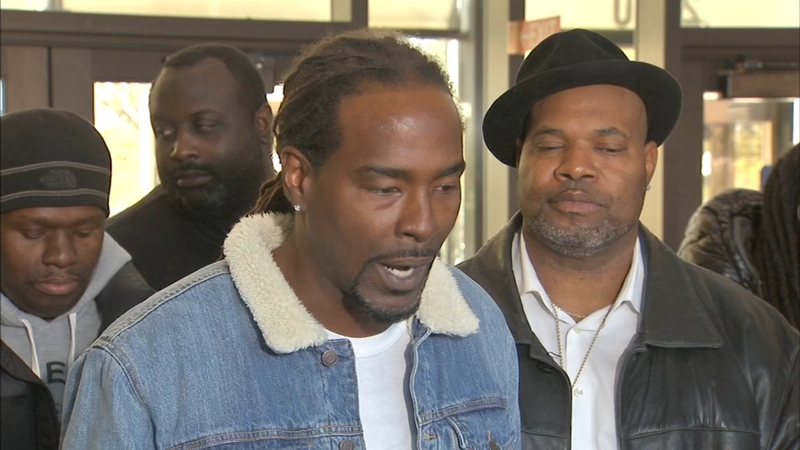 An additional 16 men were granted certificates of innocence.

The seven convictions were tied to former sergeant Ronald Watts. The six men and one woman had drugs planted on them by a group of corrupt CPD officers.

Watts spent a decade planting evidence and fabricating charges against South Side residents.

"I feel a little grateful, but I'm still messed up, you know being institutionalized, knowing that I have been put in the position locked up, eating slop, living in a box, living like an animal for all that time, you know, that's how I feel," said Kenneth Hicks, one of the seven who were exonerated.

"He ruined my life. I lost everything when I got locked up. Everything," Hicks said. "They said they found something and they didn't find something. They had me sitting in that room too long. I know what's going to happen next. Once I get to the county, there is no way out."
Watts was indicted alongside Officer Kallatt Mohammad back in 2012 for taking a bribe from an informant. It was later discovered that Watts and his team planted evidence on South Side residents.

The latest reversals were from drug cases between 2002 and 2008.

"A big weight of off my shoulders. I applied for jobs, and jobs, and jobs - and my background," said Deon Wills, who was exonerated Friday. "This guy sent me to the joint twice."

One of Watts' targets spent almost ten years in prison before their conviction was overturned.

The first mass exoneration tied to Watts was in November 2017, and another group was exonerated in September 2018.

The 15 men exonerated in November 2017 are now suing the city for its alleged complicity in what they call the CPD's "code of silence."

So far, 15 CPD officers tied to Watts' tactical team have been put on desk duty. The Cook County State's Attorney's office said they will no longer use testimony from officers tied to Watts.
The latest overturned convictions bring the total number to 50 under Cook County State's Attorney Kim Foxx. 65 cases have been overturned in the past three years.

"We are constantly vetting cases, constantly investigating and we have turned over many of those in the course of the last year that are still outstanding with the State's Attorney's office that we have vetted and cooperated," said Josh Tepfer of the University of Chicago's Exoneration Project. "We always mention Watts, but don't forget the team of individuals who have planted evidence, lied in police reports, obstructed justice, falsely testified in court. They are criminals. Where is the accountability? "