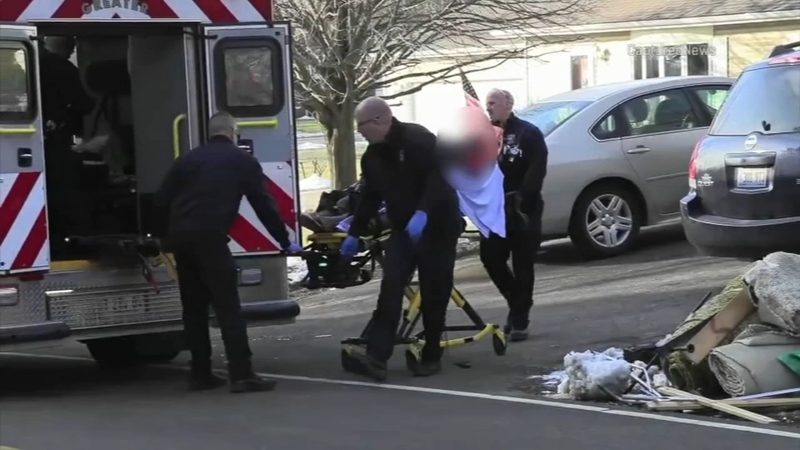 ROUND LAKE, Ill. (WLS) -- Police said a pregnant woman is in critical condition after being shot in the head Tuesday in north suburban Round Lake.

Police were called to a home in the 600-block of West Nippersink Road around 2 p.m. where officers discovered a pregnant woman in her 20s with what's believed to be a gunshot wound to the head. She was taken to a local hospital in critical condition, police said.

Lake County investigators worked late into the night on a block where neighbors were left shaken.

Video showed at least one man being taken into custody at the home, and several other people with their hands up. Police said multiple people are being questioned Tuesday evening, including one man described as a person of interest.

"We believe we have a person of interest that we're speaking with involved in the incident," said Sgt. Chris Covelli of the Lake County Major Crimes Task Force. "But beyond that and the relationship or how they knew each other is to be determined."

While it appears several people were living at the house, what led to the gunfire is being investigated.

A woman who said she lives at the home, but did not want to go on camera, said the victim is five months pregnant and was accidentally shot by her husband after he pulled out a gun during an argument.