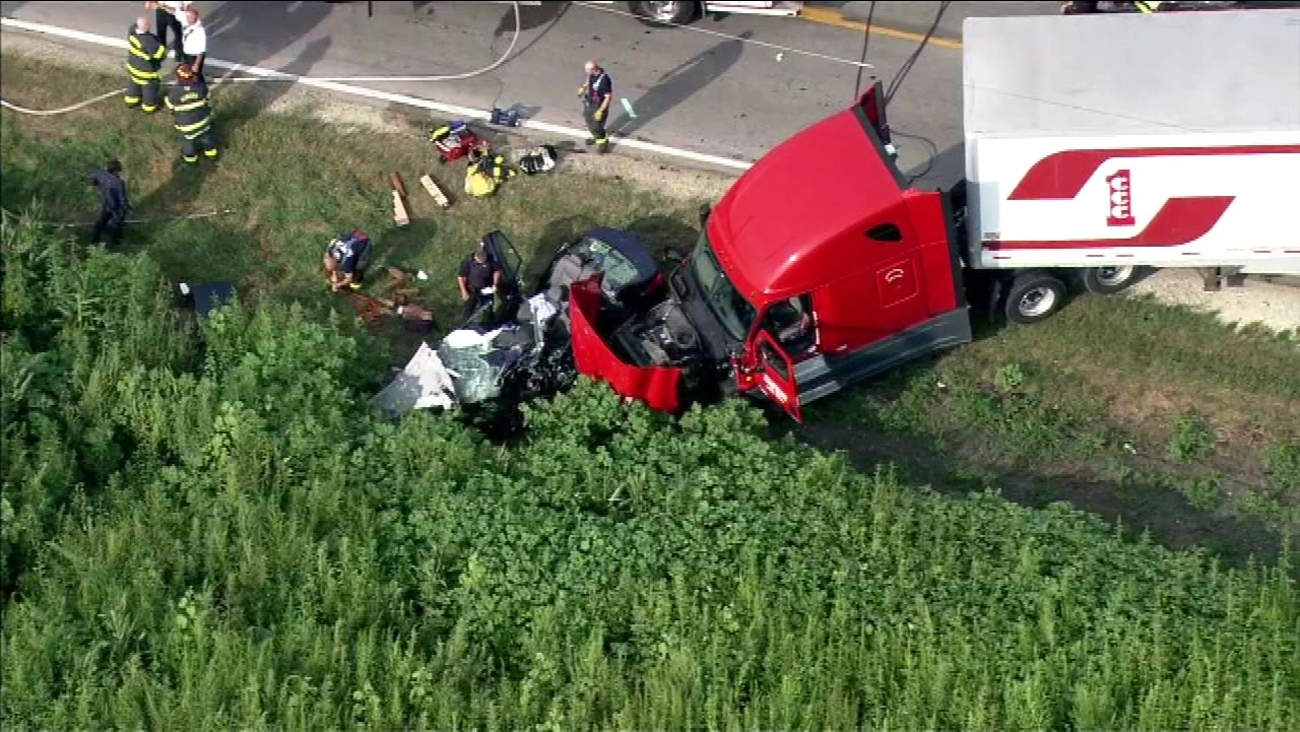 AURORA, Ill. (WLS) -- A 33-year-old woman who was injured in a crash on Route 30 in southwest suburban Aurora on Aug. 11 died two days after the crash, police said.