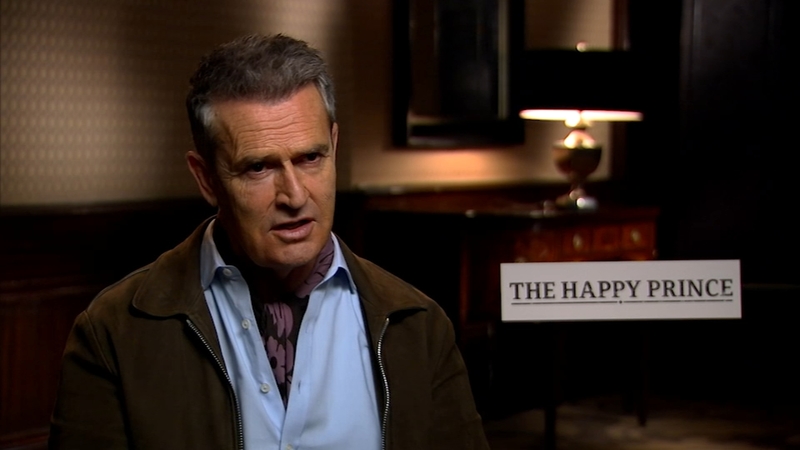 Most people remember Everett from romantic comedies such as "My Best Friend's Wedding" which was shot in Chicago. In his new movie, he is not only the leading man, but also wrote and directed the film.

"The Happy Prince" is a children's story by Oscar Wilde. It's magical and heart wrenching, much like the writer's own life.

"Even the word love, probably I hadn't heard until this story, which is all about love and suffering and the price paid for love," Everett said.

Wilde was flamboyant, daring and outrageously clever. But a judge ruled that his personal behavior was indecent. He ended up in prison, and eventually died penniless in Paris.

"The exile of Wilde has always been my favorite period because it's the end of the 19th Century, he's this fallen rock star on the skids," Everett said.

The actor was on a hot streak in Hollywood for a while, but then things changed.

"When my career came to a juddering halt, when I was about 48 or 50, I though, rather than just accept being thrown on the scrap heap, I should try and do something about it," Everett said.

Everett had played Wilde on stage and screen, and enlisted his famous friends to get this movie financed.

"To get that in order I had to lie to everyone, I said, you know I spoke to Colin Firth this morning and he said, when are we starting, and of course he hadn't said anything like that, he'd completely forgotten about it," he said.

So has Everett developed a new-found respect for directors?