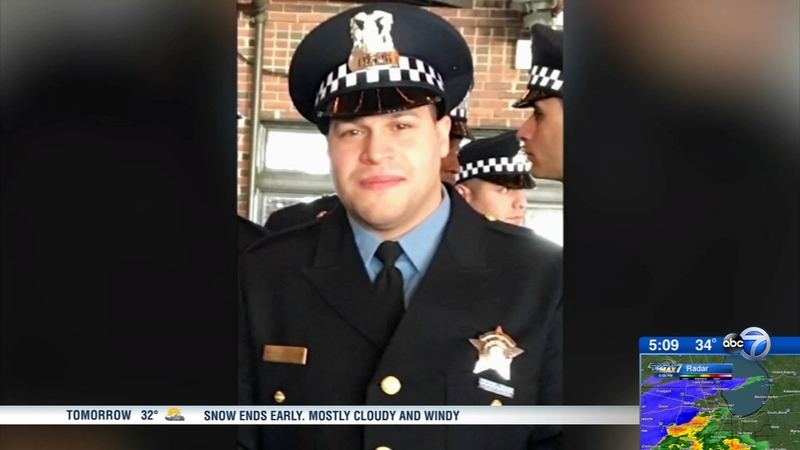 CHICAGO (WLS) -- Hundreds of family, friends and colleagues paid their respects Sunday afternoon to Chicago police Officer Samuel Jimenez, who was killed last week as he tried to stop the gunman in the Mercy Hospital shooting.

Despite the cold and rain, mourners filed into the Oehler Funeral Home in Des Plaines to remember Jimenez - a 28-year-old father of three who married his high school sweetheart, Crystal.

Jimenez was killed on Monday when a gunman opened fire in the parking lot and then inside Mercy Hospital. He is the second Chicago police officer killed in the line of duty this year.

Those who knew Jimenez said he was committed to protecting and serving the community and city where he grew up.

Uniformed police officers from Chicago and other agencies also filed into the funeral home. Some mourners knew him well, others had never met him and wanted to show support for his family and extended police family.

"Now is a time for us to hold our family tight and think good wishes to the Jimenez family," said mourner Don Vincent.

Jimenez graduated from Foreman High school and remained close to many of his former classmates.

Many of them took part in a memorial at the school on Saturday, remembering his bright personality.

"He always had a smile on his face, he was always happy," said Yvonne Iman, a former classmate.