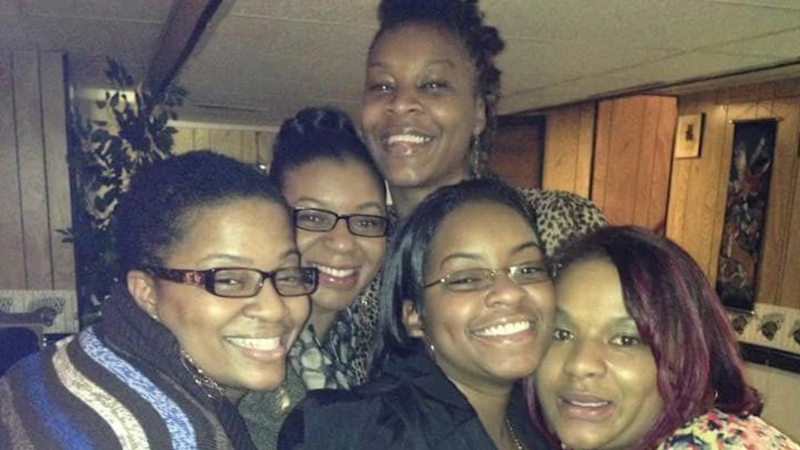 In May, the world responded with protests and riots after George Floyd died in Minneapolis police custody. Sandra Bland's name appeared with others on t-shirts and signs at Black Lives Matter protests. Five years after Bland's death, accountability in her case is something Sandra's sister says the family still awaits.

On July 10th, 2015, Sandra Bland was pulled over on the outskirts of Houston for failing to signal a lane change. The traffic stop quickly escalated and Bland was arrested.

"When the incident happened with George Floyd, it broke me down. Because all I could think about was the knee in my sister's back from Officer Encinia," said Needham. "I'm over it. It continues to happen. And even though we are seeing it live on the worldwide web, officers are not being held accountable."

The four Minneapolis police officers involved in Floyd's death were fired and are awaiting trial.

The Texas state trooper who stopped Bland, Brian Encinia, was charged with lying to investigators for saying his safety was in jeopardy. Encinia's case was dropped in exchange for a promise he would never again work in law enforcement.

Needham said grassroots movements across the country pushing for police reform give her hope, but she continues to have lay-it-on-the-line conversations with her two sons about interacting with officers.

"You have to be the best person that you can be, because you don't know who you are going to encounter on that day," said Needham. "But I pray for them and I just pray for better days for America because America is messed up right now."

Bland's sister said there is a bond among families of Blacks killed by officers.

"We all need each other. We are all in this together. And even though we may have experienced some similar things, the pain is different for everyone. In order for families, and the world, to begin to even trust law enforcement, there has to be accountability," she said.

The Bland family received a $1.9 million settlement in their wrongful-death suit. As part of the agreement, changes were made to procedures at the Texas jail and sensors were installed to ensure checks on detainees are accurately recorded.

Needham said that it's a start, but deaths of Blacks caused by police continue. There have been 179 this year, according to Mappingpoliceviolence.org.

There are petitions to get Bland's case reopened, including one with more than 1 million signatures.

Texas lawmakers passed the Sandra Bland Act in 2017. It mandates county jails divert people with mental health and substance abuse issues toward treatment. It also requires an independent investigation into jail deaths. Bland family members say they were disappointed most of the police reform portions of the bill were eliminated in the version that passed.