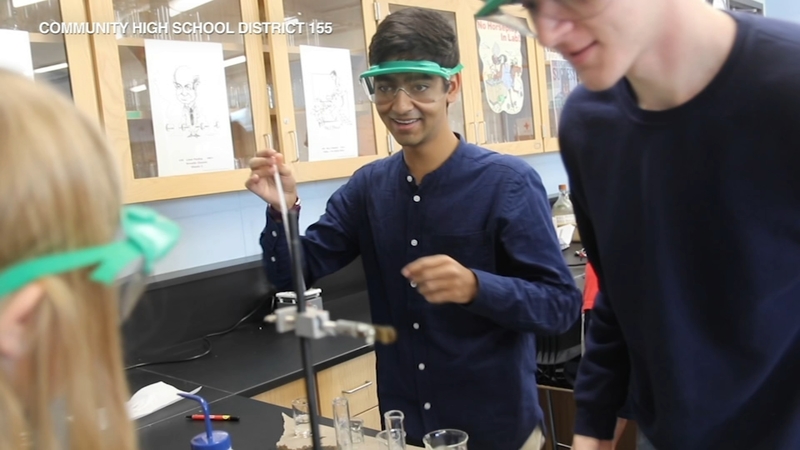 Most students aim to get the highest score they can on standardized tests, but one suburban teen is being praised for getting not just one, but two perfect scores.

Ved Patel is a senior at Cary-Grove high School. Patel is now the first student in District 155 history to earn a perfect score on both the SAT and ACT, according to district officials.

While just a sophomore in high school, Patel took the ACT and on his first try got a perfect 36 score.

Then during his junior year, Patel took a shot at the SAT. His first take at the test he scored a 1580. Knowing he could do better, he decided to take it a second time and received got a perfect score once again.

"I thought it would be a fun, low-pressure challenge to try to improve my score," Patel said. "I wasn't expecting a perfect score since the SAT has almost no curve, but it was an awesome surprise to wake up to on score release day!"

Patel says his secret to success was setting aside a few hours a day to study and work on the practice tests. He said he also would help some of his friend with their SAT prep in his spare time.

"During the test, it's very important to stay level headed and calm. If you think some problems look extra challenging, don't get flustered; just try them at the end," he said.

"His work ethic, passion for learning, and natural curiosity are second to none. In addition to being an incredible student, Ved possesses the quality of character that we try to instill in all Trojans," Lesinkski said. "We are proud of all he has accomplished and extremely excited to see his future impact on our world."

In September Patel was also named National Merit Semifinalist and gave credit to his high school for giving him opportunities to be successful academically.

"My teachers have been the best part of my time at CG. They are all energetic and passionate, and have always gone above and beyond, sometimes at the cost of their personal time to help me succeed," said Patel.