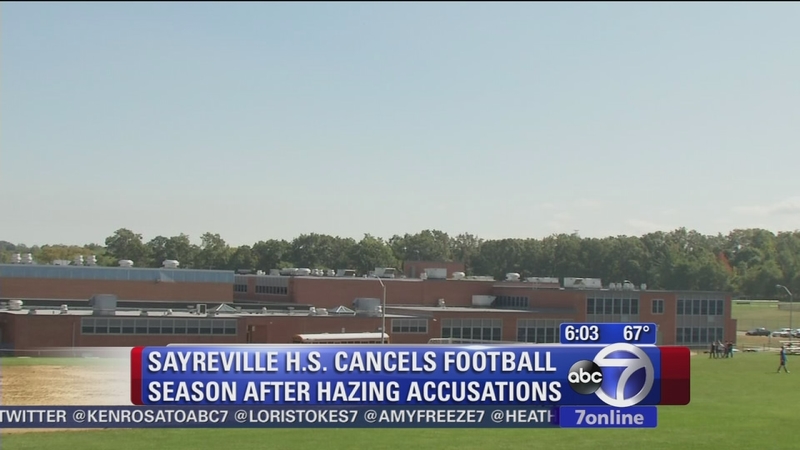 SAYREVILLE, N.J. -- Schools Superintendent Rich Labbe held a press conference after a closed-door meeting with parents of players on the football team.

"There was enough evidence to substantiate harassment, intimidation and bullying," Labbe said.

Last week, allegations of inappropriate conduct were brought to light.

The investigation is being handled by Middlesex Prosecutors Office.

Defensive coordinator Charles Garcia was stopped by police in Bridgewater on September 26 on Route 22 and is accused of having steroids, testosterone and syringes with him at the time.

Garcia, 38, of South Plainfield, N.J., was charged with possession of a controlled dangerous substance and possession of a hypodermic needle. At the time he was pulled over, police searched Garcia's car, and found a plastic white bag containing two sealed boxes of steroids each containing 400 mg, according to the Somerset County Prosecutor's Office. They also found 14 individually sealed and capped syringes, the office reported in a statement.