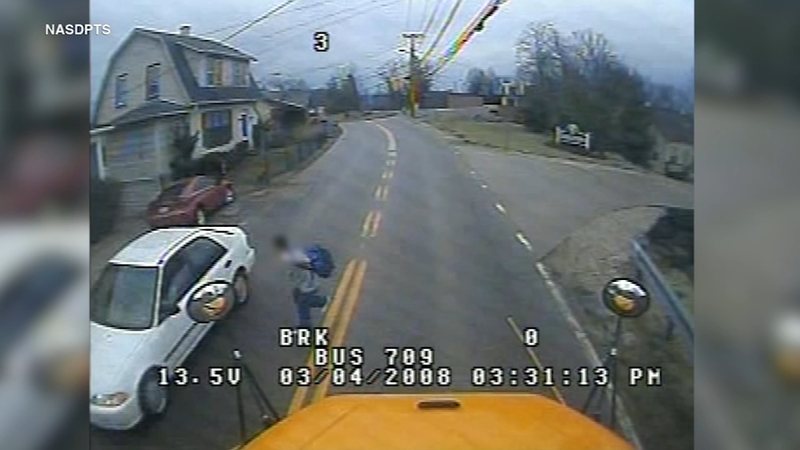 On a typical day in Indiana thousands of motorists ignore school bus warning signs, stop arms and flashing lights, endangering children across the state, the ABC7 I-Team has learned.

During an annual one-day survey of school bus drivers in Indiana last April, there were 3,077 illegal passing incidents reported.

Eighty-one percent of the violations reported by Indiana school bus drivers were vehicles passing from the front-as authorities say occurred this morning in Rochester, Indiana. The data was gathered by the National Association of State Directors of Pupil Transportation Services.

Vehicles approaching school buses from the opposite direction should have the best line of sight according to investigators, with flashing lights and children readily visible.

The number of "stop arm violations" by front passing vehicles in Indiana is far worse than the national average, survey findings reveal.

In a February 24, 2014 report, the ABC7 I-Team uncovered dangers at school bus stops.

Fifty-nine percent of national violations involved vehicles coming at buses, instead of passing from the rear. Indiana is more than 20 percent higher than that national figure.

Illinois "stop arm violations" by front passing vehicles are also worse than the national average-with 62 percent of all motorists ignoring bus warnings coming from the front.

During Illinois' day-long survey school bus drivers reported more than 2000 violations.
Most of the illegal, reckless conduct results in nothing more than close calls.

Some school bus companies and school districts have turned to technology to try to halt stop arm violations. Illinois School Bus Company in the south suburbs is installing these cameras on the sides of school buses. When the bus stops and deploys the stop arm, that turns on a surveillance video-- nabbing drivers using infrared to pick up plate images -- and even recording the date time and GPS location of the violation.