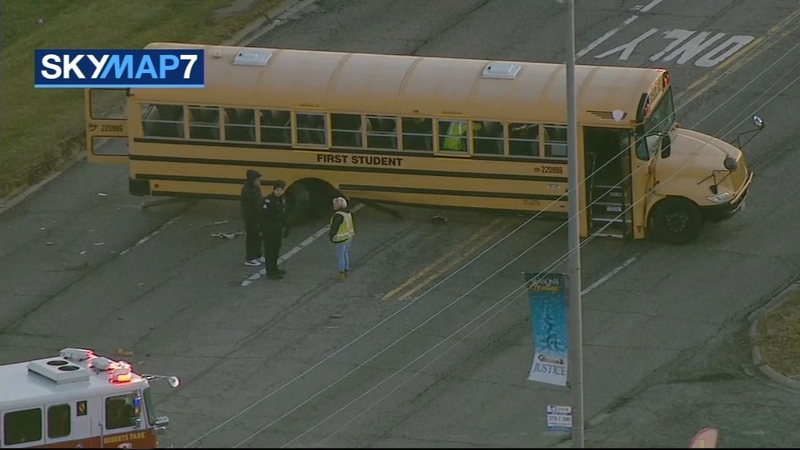 2 school buses crash in Justice, no one seriously injured

Three children were transported to La Grange, Palos and Advocate Christ hospitals in with minor injuries. The other two students were released on the scene.