Lake Michigan is the largest freshwater lake entirely within the U.S., with 1,600 miles of prized shoreline. The Great Lakes hold 20% of the world's fresh water, and about 85% of North America's. They're a resource we must protect.

Scientists in the Great Lakes region are already working to combat issues of fertilize runoff, algae blooms, platsics pollution and other threats to the vital ecosystem.

But toxic algal blooms are threatening the health of our Great Lakes. They're the result of an excess of nutrient in waterways, and one of the main causes is fertilizer runoff.

"Fertilizer runoff is an enormous problem and for the most part not regulated under the Clean Water Act," said Tim Folger, National Geographic Contributing Writer.

Six years ago half a million people in Toledo, Ohio, were unable to drink their water because of a harmful algal bloom growing in Lake Erie, which contaminated their drinking supply. Folger visited Lake Erie and saw the impact firsthand.

"Pretty much every summer now, they see these huge algal blooms. They span miles and can be seen from satellites in space and they are really a serious problem because when the blooms die they suck water out of the lake and the bottom of the lake become this sort of dead zone," he said.

Notre Dame Professor Jennifer Tank has dedicated her research to solving the impacts of harmful fertilizer runoff from farming and its influence on fresh water.

"Fresh water and agriculture in the Midwest are sort of sitting hand in hand right next to each other and fertilizer is a natural part of productive agriculture. You can't make a living on a farm without applying fertilizer to get healthy corn, or soybeans, or whatever you're growing, healthy yields," she said. "But sometimes, during storms or, or winter snow snowfall and then spring snow melt, some of those nutrients from the fertilizer come into the adjacent water bodies in ditches, small streams and even entire larger rivers, and then they head downstream. So the work that I've been doing has been around choosing and implementing conservation practices that farmers can use to minimize those impacts by keeping fertilizer in their soils on their fields instead of running into adjacent waterways."

Fresh water is vital to the Great Lakes agricultural industry. According to National Geographic, 620 million gallons of lake water are pumped every day for irrigation. Preventing fertilizer runoff is crucial to protecting the water source we all need and share.

It may not look like much to the untrained eye, but one of the key factors to protecting waterways is planting cover crops between harvests.

"So what cover crops are is simply plant something like a rye grass, and it looks almost like the lawn, rye grass on your fields and it creates like a blanket, a blanket of live biomass that protects the soils, from the time that you would normally have their fields, so November, say, through to April or May of the next year," Tank explained. "And what that does is that when those storms come, or spring snow melt, you've got this blanket over the fields and it keeps nutrients and the soils. On the fields where farmers want them, not in the adjacent waterways."

Tank's vital research done in partnership with area farmers is helping change the future of the agriculture industry. Her stream team at Notre Dame is actively monitoring and sampling streams, ponds and wetlands. They also implement innovative conservation techniques to reduce water pollution.

"The linkage between agriculture and farming and climate sort of adaptation and resilience is getting, it's getting stronger and stronger, and actually encouraging our farmers to be part of the solution in terms of climate adaptation creating resilience on the ground resilient farm systems through say the planting of winter cover crops that kind of partnership for sort of a more of a global good. But I think is going to is going to benefit everyone and I do feel like farmers in the Midwest are going to be part of that solution," she said.

There is a large community already working on the solutions. Tim Hoellein, Tank's former graduate student and now associate professor at Loyola University, has focused his research on the harmful environmental impacts of microplastics.

"The work that that, especially Tim Hoellein been doing at Loyola has shown us that they're there. They're potentially getting into the Great Lakes," Tank said.

"So the term microplastic is self-explanatory and cut off is five millimeters, which is about a quarter of an inch," Hoellein explained. "So, some microplastic you can see how their micro plastic is much smaller than that and will be invisible to the naked eye. But microplastics, just like litter or trash is a really wide variety of kinds of things, any larger plastic item that kind of breaks into smaller pieces. So something like a plastic bag, or even something like plastic textiles, so synthetic clothing, which is in a lot of our carpeting. Our outerwear. We wear a lot of polyester other kinds of synthetic fabrics, those break into small microplastic and they find their way into the world."

Hoelliein's students scour the beach for trash and litter; what we leave behind is also threatening and polluting our waters.

"In our freshwater environments our lakes and our rivers, the trash is really coming from somewhere else in the world that we can blame there isn't another kind of industry out there, causing this problem, it's collectively, our own trash that finds its way into the lakes and streams," he said.

The study of trash and litter is relatively young, but the focus is on trying to quantify just how much trash is making its way into Lake Michigan.

"So, we come out here with tapes you know where we lay down an area that we know the dimensions of we collect all the litter in those places, we will soon, or sift through the sand or sediment and looking for micro plastic, and we return those to the lab where we do categorization to know what kinds of plastic we're dealing with what sizes, shapes, weights, all of these measurements are really just designed to tell us the beginning question which is how much is here," said Hoellein.

Millions of pounds of pollution end up in the Great Lakes every year but scientists are working on ways to improve the quality of the pristine waters.

"The estimate is about 22 million pounds per year of plastic, which I know sounds like a lot of plastic," Hoellein said. "It's hard to put that in context, but it is quite a bit of plastic entering every year."

Joel Brammeier, president and CEO of the Alliance for the Great Lakes, and his organization have taken action to protect our fragile waters from waste pollution.

"We have a volunteer program called the Adopt-a-Beach program where we get tens of thousands of people out to the Great Lakes shoreline every year to clean up plastic off the shoreline," he said. "We also have a Great Lakes Plastic Toolkit which we use to educate people around the region on how they can advocate for the policies that can actually stand up to the source of plastic, and stopping it at the source is really job one. That's how you solve the problems."

They are also addressing issues linked to agriculture.

"We're really invested in, for example in Wisconsin we've got a group of local elected officials farmers and environmentalists like us who are working together to actually reduce the amount of nutrient pollution going into Green Bay over in Ohio we're doing similar work with a, with our group of organizations that's dedicated to a dramatic reduction in nutrient nutrients going into Lake Erie, and efforts like that are happening all over the region. So, there are big challenges out there, but we're really glad to be part of those solutions," he said.

The Environmental Protection Agency launched the Great Lakes Restoration Initiative in an effort to address historically contaminated Areas of Concern, and to reduce trash and excess nutrient runoff; $7 million has been committed to the EPA's Trash Free Waters program, which is an effort to prevent trash from ever reaching our waterways.

"Great Lakes are a huge source of fresh water, and so the fact that we have so much of it here means I think that we have an obligation to be good stewards of that incredible resource," Tank said.

"We actually can make a difference and I think by tackling it one piece at a time by sort of keeping together and making sure everyone's included. You know, I really do. Genuinely I really do believe that these improvements are possible," said Hoellein.
Report a correction or typo
Related topics:
sciencechicagolooptrashpollutionagriculturegreat lakeslake michiganplasticfarmingmarine pollutionplastic pollution
Copyright © 2021 WLS-TV. All Rights Reserved.
GREAT LAKES 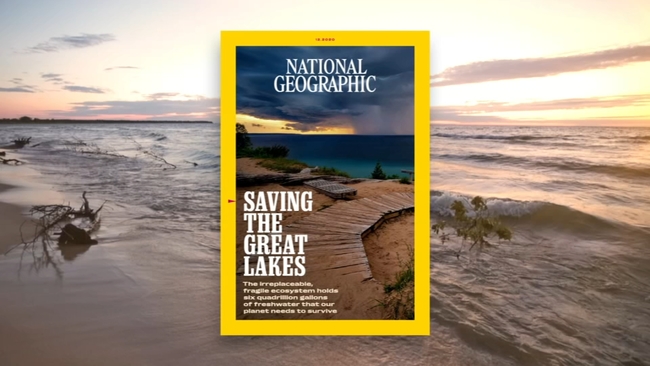 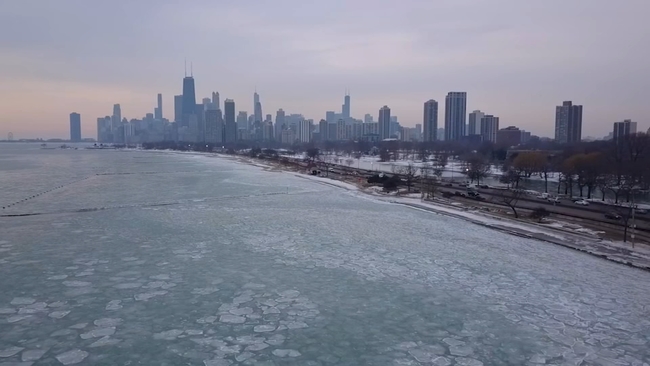 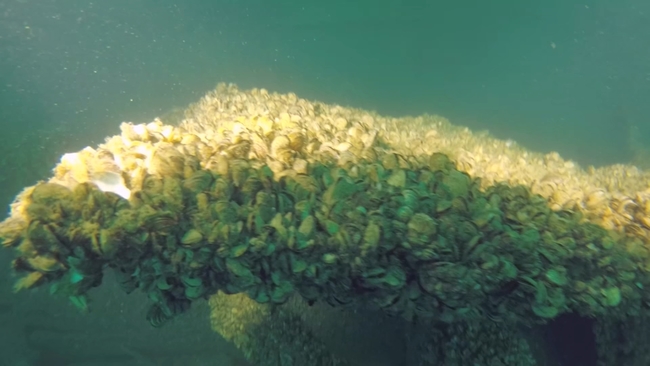 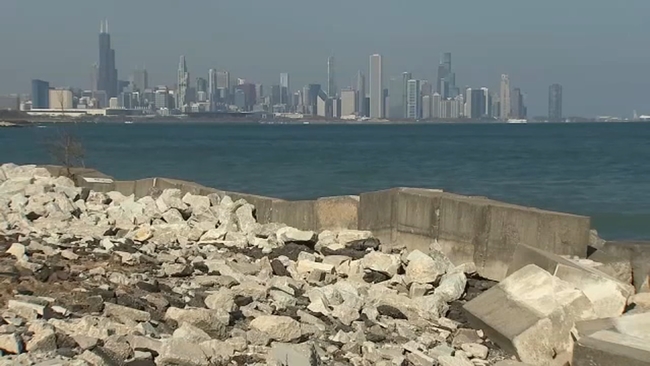