Illinois Secretary of State Democratic candidates square off in forum 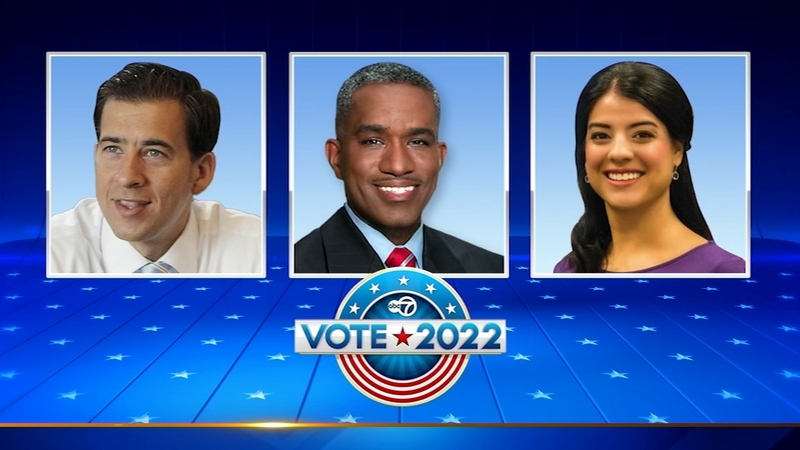 Illinois Secretary of State Democratic candidates square off in forum

CHICAGO (WLS) -- With abortion and Donald Trump being injected into the Illinois Secretary of State's race, the candidates squared off Thursday while accusations of lying and ethical failings continue to fly.

The three Democrats on the ballot for Secretary of State - Alexi Giannoulias, an investment company CEO, Alderman David Moore and City Clerk Anna Valencia - squared off in a candidate forum Thursday.

As they fight for voters, Valencia launched her first TV ad making abortion an issue, falsely claiming a candidate Giannoulias once supported was not pro-choice, and misrepresenting an op-ed he wrote two days before the 2016 presidential election to imply Giannoulias supported Donald Trump. He did not.

"I don't think it's a misrepresentation," Giannoulias said. "It's a lie and the media has called her out on it."

"Hell yeah I'm defending," Valencia said. "It's time for men like him, born of privilege, to be held accountable for his words. Words matter."

Giannoulias launched his own new ad with a flurry of news clips about Valencia's questionable dealings to help her lobbyist husband, Rayahd Kazmi.

It comes as new emails and texts suggest Kazmi was looking for his wife's help in 2019 and 2020 to land a contract for a digital billboard business in the Illinois Medical District.

"People are sick and tired of lobbyists and her using the office to enrich her and her husband," Giannoulias said. "Those aren't my words, those are the media who has requested these FOIA's and has noticed what's taking place."

"We're gonna be out here talking about the facts and we're not going to be bullied out of this race," she said.

Moore, who has not run any TV spots, is hoping to rise above the fray.

"Not that I'm trying to, I do," Moore said. "Because I don't have any ethical issues, that's why I'm not ethically challenged."

It comes as primary voters headed to the polls Thursday in DuPage County on the first day of early voting.