1 dead in fiery semi crash on I-55 near Wilmington 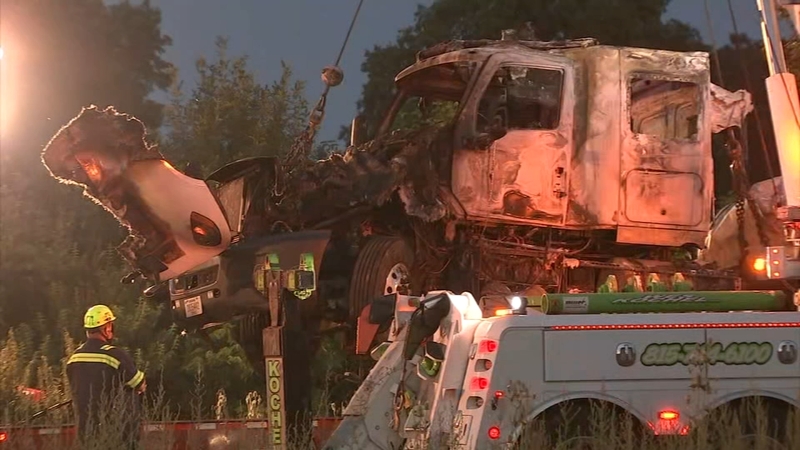 1 dead in fiery semi crash on I-55, NB lanes shut down near Wilmington

WILMINGTON, Ill. (WLS) -- The driver of a semi-trailer involved in a fiery crash along Interstate 55 near Wilmington has died, according to police.

Illinois State Police said the driver was traveling northbound on I-55 at around 5 p.m. Thursday when the semi-trailer crashed into a pick-up truck stuck in traffic. The crash caused a chain reaction that led to a five-vehicle collision, with three of the vehicles becoming engulfed in flames.

State Police said all northbound lanes in the area south of Lorenzo Road will remain closed until further notice. Traffic is being rerouted onto Route 129 in Wilmington. Lanes are expected to reopen overnight after the crash is cleaned up.

There are no other injuries reported at this time.

A fiery crash involving two semi trucks and several other vehicles shut down the northbound lanes of Interstate 55 near Wilmington.

Police are still investigating the crash.