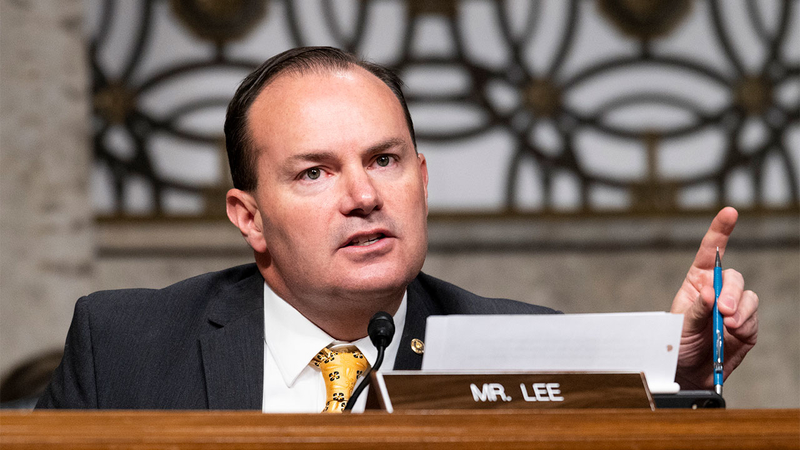 WASHINGTON -- Republican Sen. Mike Lee of Utah on Thursday blocked consideration for legislation to establish a National Museum of the American Latino and an American Women's History Museum as part of the Smithsonian Institution, reasoning that the US does not need "separate but equal museums."

The National Museum of the American Latino legislation had passed the House by voice vote in July following decades of efforts to establish the museum.

"I understand what my colleagues are trying to do and why. I respect what they're trying to do. I even share their interests in ensuring that these stories are told. But the last thing we need is to further divide an already divided nation with an array of segregated, separate-but-equal museums for hyphenated identity groups," Lee said.

"At this moment in the history of our diverse nation, we need our federal government and the Smithsonian Institution itself to pull us closer together and not further apart."

Lee's opposition to the bill drew immediate scorn from Sen. Bob Menendez, a New Jersey Democrat and longtime advocate for a Latino museum, who called his approach "pretty outrageous."

"The House of Representatives passed this on voice. The Rules Committee passed it on voice in a bipartisan manner. And tonight, one colleague stands in the way. One Republican colleague from Utah stands in the way of the hopes and dreams and aspirations of seeing Americans of Latino descent having their dreams fulfilled and being recognized," he said. "Just being recognized."

That message was echoed by GOP Sen. Susan Collins of Maine, who said, "I could not help but wonder as I heard the comments of my colleague from Utah whether he also tried to block the museum celebrating and telling the history of African Americans."

She added: "It seems wrong that one senator can block consideration of a bill that would have overwhelming support by a majority of this body."

After Lee blocked the legislation to establish the American Women's History Museum, Collins said, "Surely in a year where we're celebrating the 100th anniversary of women's suffrage, this is the time, this is the moment to finally pass the legislation unanimously recommended by an independent commission to establish an American Women's History museum in our nation's capital."

"I regret that that will not occur this evening, but we will not give up the fight," she said.

The National Museum of the American Latino bill is a culmination of efforts dating back more than 20 years. In 1994, in a 60-page report entitled, "Willful Neglect: The Smithsonian Institution and U.S. Latinos," a task force found that the Smithsonian displayed a pattern of excluding and ignoring the presence and contributions of Latino Americans in both its workforce and exhibition halls.

And in 2011, a 23-member presidential commission established to study the creation of a National Museum of the American Latino delivered a report that detailed the museum's feasibility.