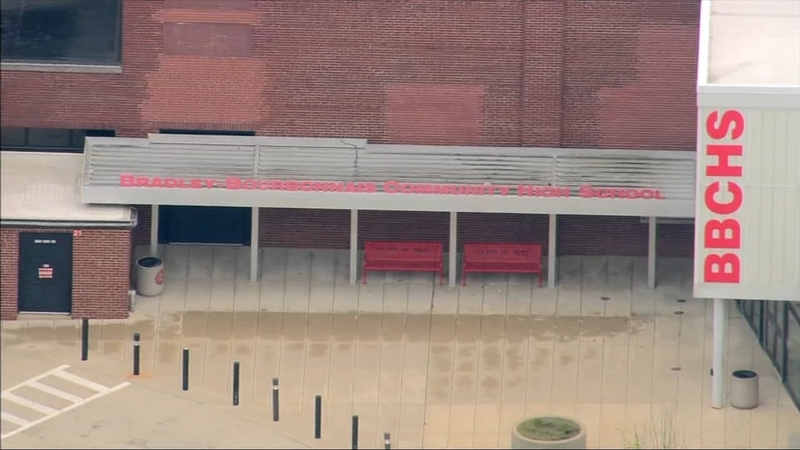 BRADLEY (WLS) -- Pomp and circumstance has given way to this pandemic, taking the glory of graduation from most high school seniors.

Hundreds of graduating seniors at Bradley-Bourbonnais Community High School will still get their chance to walk across a stage as their name is called.

"We're trying to be really creative in a really difficult situation. These kids are wonderful kids and they've worked really hard and we want to honor them," said Scott Wakeley, Bradley-Bourbonnais Community High School superintendent.

Wakeley said after Governor JB Pritzker announced all schools would remain closed for the year, he and the principal tried to think of different ways to offer a sense of "normal" for graduating seniors.

"We had less than 30 days left when they started calling it, like canceling stuff," said Mallory Januski, a BBCHS senior.

"You know, you expect to walk the stage and go to prom with all your friends, but something like this really takes the toll on you," said fellow BBCHS senior Jakson Elliott.

Next week, students who opt in will get an appointment time to get a cap and gown portrait taken and will be recorded walking across their high school stage as their name is called - to a nearly empty auditorium.

Wakeley said students and staff will be required to wear masks and stand 6-feet apart.

There will be multiple staging areas from the parking lot to the auditorium so no more than 10 people will be in the same location.

"There'll be taped marks on the outside hallway, for them to move from tape mark to tape mark to make sure that they're maintaining their social distance," Wakeley said.

The school's team will take all recordings and put together a full ceremony to be aired on their actual graduation day.

"Everything will be produced and put together, and they'll be able to have that keepsake," Wakeley said. "We're just trying to be creative to make sure our seniors know and our community knows that, that their school really cares about their kids."

"It's definitely something to tell my kids and my kids' kids-it's gonna be great," Elliott said.

"Those are experiences that can't be replaced and we're hoping with a portrait, and a video, you know they'll be able to say 'I remember when you walked across the stage' and, and it can be something that's powerful for that family," Wakeley said.

The portrait and video will be provided to all seniors for free.

Wakeley said the ceremony is optional for seniors, but based off the schools initial survey he said it looks like the majority of the graduating class will participate