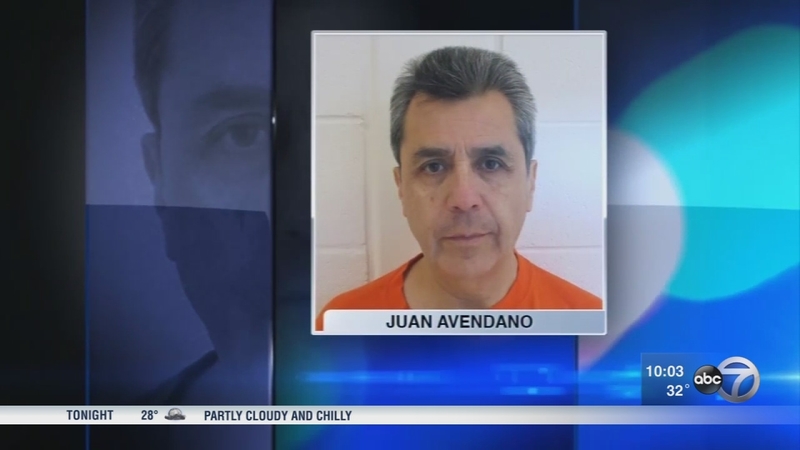 AURORA, Ill. (WLS) -- Kane County prosecutors have charged an East Aurora School District 131 teacher with sexual abuse and assault of two children under the age of 13.

Prosecutors said that between April 2014 and March 2018, Avendano had sexual contact with two victims under the age of 13 years old.

"It's sad you have to teach your little kids to let mommy or daddy know if somebody touched you," said Annetta Brown, parent.

School district officials said Avendano had been working as a kindergarten teacher at Bardwell Elementary School. Officials said they were notified by police of an investigation into a report of inappropriate behavior that allegedly occurred between Avendano and a student. Police are also investigating allegations involving another young child.

"I want to cry. No kid should suffer through that," said Mikaela Carsten, who was enrolling her daughter at Bardwell Elementary.

Avendano was arrested Monday by the U.S. Marshal Service and appeared in bond court Tuesday. Bail was set at $250,000. He is next due in court on April 5.

He remained in custody at the Kane County Jail as of Wednesday afternoon.

The district said Avendano was placed on administrative leave on March 8, and that they are cooperating with the State's Attorney's Office and Department of Child and Family Services as needed.

"Our top priority is the safety and emotional well-being of our students. District 131 has worked very hard to establish a culture of trust within our school communities. Anything that threatens to erode student safety or our culture of trust is something we take very, very seriously," the school district said in a statement.