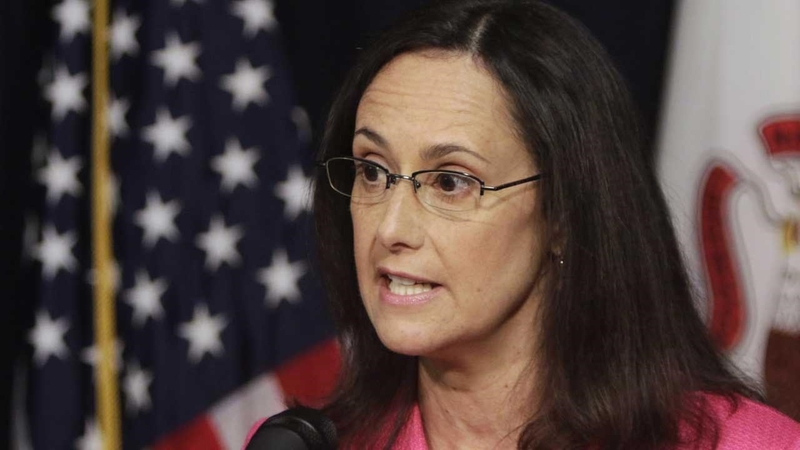 CHICAGO (WLS) -- Three months into a state investigation of child sexual abuse by Roman Catholic clergy, Illinois Attorney General Lisa Madigan on Thursday said that the number of violators "is more extensive than the Church previously has disclosed to the public."

Attorney General Madigan's "initial review" has found priests with "credible allegations of sexual abuse against minors" that were not made public by Illinois dioceses. The attorney general began investigating sexual abuse cases, and whether there were hidden-or secret-files on church employees, at each of the state's six dioceses including Chicago.

The early Thursday statement by Madigan was the first substantive release of information since her office began looking into church records after an explosive Pennsylvania grand jury report last summer found hundreds of previously undisclosed priest/violators including at least seven with connections to Illinois.

Madigan said that her ongoing investigation has also led Catholic Church leaders in the Belleville, Peoria and Rockford dioceses to "each compile and publish a list of clergy members with credible allegations of abuse against minors."

There will be additional priest sex abusers named as the investigation continues, Madigan said she anticipates.

The Archdiocese of Chicago disclosures of ten additional clergymen-abusers came on Wednesday evening, a few hours before Madigan's statement. Chicago church officials added the names to its list of men with substantiated child sex abuse claims. None of the ten are currently in ministry, the archdiocese stated. At least six of the men are dead.

Unlike some other jurisdictions in the U.S., including Pennsylvania and Texas, the Illinois attorney general is currently obtaining and reviewing Catholic Church sex abuse case files without the force of a grand jury, subpoenas or search warrants.

A spokesperson for the Archdiocese of Chicago tells the I-Team that "it's important to note that all these names were reported to authorities at the time the allegations came in" and that while they "do not anticipate more names" being added to their abuse list, they "do add to the list as needed."