Rosemoor attack victim's father: 'Nobody deserves to be raped' 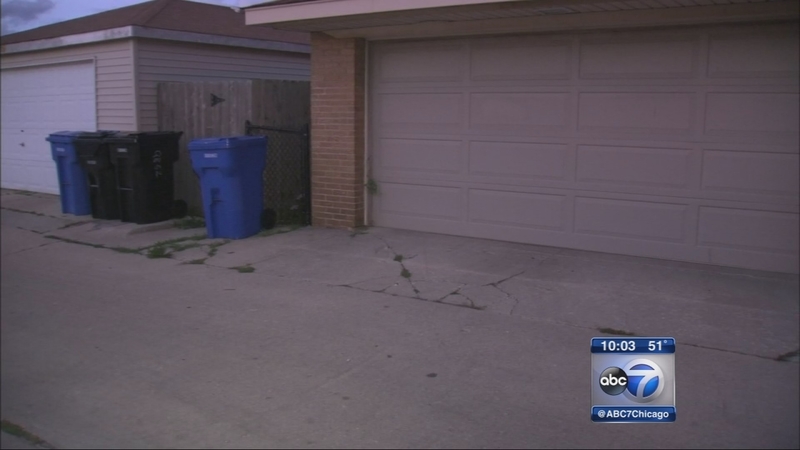 Campus on alert after student attacked

CHICAGO (WLS) -- A father is asking the public to help find the man who sexually assaulted his pregnant, 24-year-old daughter and locked her in a car trunk in the Rosemoor neighborhood.

"I'm an emotional wreck. But the flip side is my daughter's still living. The baby is fine," Robert Perkins said. He insisted on going on camera and using his name to as he asks for the public's help in finding the man who attacked his daughter.

"I felt nobody, nobody deserves to be raped. Nobody," Perkins said.

"He comes up behind her, put the knife to her neck, forced her into her car, drives her into the end of the block, in the alley, sexually assaulted her and then forced her in the trunk," Perkins said.

The college student was loading books in car when the offender forced her to drive him to an alley near 99th Street and Indiana.

"The way he was moving, like a predator, pushed her in her car. I was hollering, 'He got her. He's got her. He just jacked her car. And she's in it. Call the police'," the witness, who did not want to be identified, said. "I ran on out. I couldn't catch him."

The offender made the woman drive around the block and into an alley where he sexually assaulted her and then forced her into the trunk of her car, police said. Perkins said he taught his daughter how to find her trunk's release lever.

"When she got her car, I told her, I said, 'Learn your car.' And she said, 'Why?' And I said, 'You never know.' And she said when she was in the trunk the first thing that popped into her head was my dad said trunk release," Perkins said.

The Chicago State University student was able to get out of the trunk and get help. George Simpson, Sr. lives nearby. He was taking out his trash when he noticed a red Dodge parked in the alley.

"The trunk popped open and the young lady yelled out, hysterically, 'Help me, help me, help me!' I said, 'Hold on, stay there. I'll call the police,'" Simpson said. "She said, 'No, no, I want to get out!' She jumped out and she came around and I was, at the time, trying to call the police."

The victim's father hopes by showing his face people will listen.

"I feel like when people know that you're going through something and it happened to you, they're more adamant about getting more active in the community and helping bringing those type of people to justice," Perkins said.

The victim was released from Roseland Community Hospital, her father said. The baby is fine, but his daughter was traumatized, he said.

"We're looking for you. We're going to find you. It'd be in your best interest not to come around here," the witness said.

The student's father said that he and his daughter plan to meet with detectives on Friday in hopes of making a sketch of the suspect.

Chicago State University considers itself a pillar in the community. So when one of their own students was sexually assaulted off campus, the university went all-out on an informational blitz to keep other students safe.

On campus Thursday, volunteers hung flyers to warn students that their classmate, a 24-year-old criminal justice student, was sexually assaulted on Wednesday.

"We all volunteered in different areas all over campus because it's important for people to know what's going on around campus and to be aware," said Chinwendu Ngwadom, a Chicago State student and volunteer.

University officials e-blasted students about the attack, and reminded them to use shuttle buses and police escorts.

"Whenever there is an incident that involves a student, whether that happens on campus or, like in this case it happens off campus, it's still our student and we take it very, very seriously," said Tom Wogan, Chicago State University spokesperson.