CHICAGO (WLS) -- The Shedd Aquarium is rolling out a citywide fundraising campaign as part of the global Giving Tuesday celebration of generosity to raise money for Shedd's sea otters.

This year, Shedd is dedicating #GivingTuesday to their newest rescue, sea otter pup Ellie. Ellie is celebrating her year anniversary at Shedd. She became the 10th stranded sea otter pup Shedd has provided a permanent home to since the Exxon Valdez oil spill in 1989.

Rehoming and providing care for a sea otter can cost up to $40,000 per year. Shedd is asking the Chicago community to support these furry mammals with donations to help continue their care for #AnOtterYear.

When you donate to Shedd on Giving Tuesday, every new or increased contribution will be matched by an anonymous donor, doubling your gift and impact.

Ellie was found on a beach in Carmel, California. After an unsuccessful attempt to locate the mother through the pup's cries, the little otter was brought to the Monterey Bay Aquarium's veterinary intensive care unit. Shedd's Animal Response Team members helped with her rehabilitation in California, then brought her home to Shedd, where around-the-clock care behind the scenes continued for several months. At her last weigh-in, Ellie weighed 34 pounds, more than three times what she weighed at her January arrival.

Ellie's newest hobby is to slide down the rockwork slopes inside her habitat and into the water headfirst on her back. She has also formed an attachment to fellow otter Mari. Ellie follows her around and often mimics her behaviors.

$40 can provide a telescoping pole to clean exhibit windows so everyone can have a great view of Ellie and her friends.

$15 can provide protective gloves for our animal care team to clean and maintain animal habitats.

$10 can provide the materials to create frozen treats and food-filled toys for otter enrichment.

Previously known as "Pup 719", Ellie officially got her name in a voting contest in March. Other names in the running were Gilly, Cali, Poppy and Reya.

Officials said heavy storms may have separated Ellie from her mother. 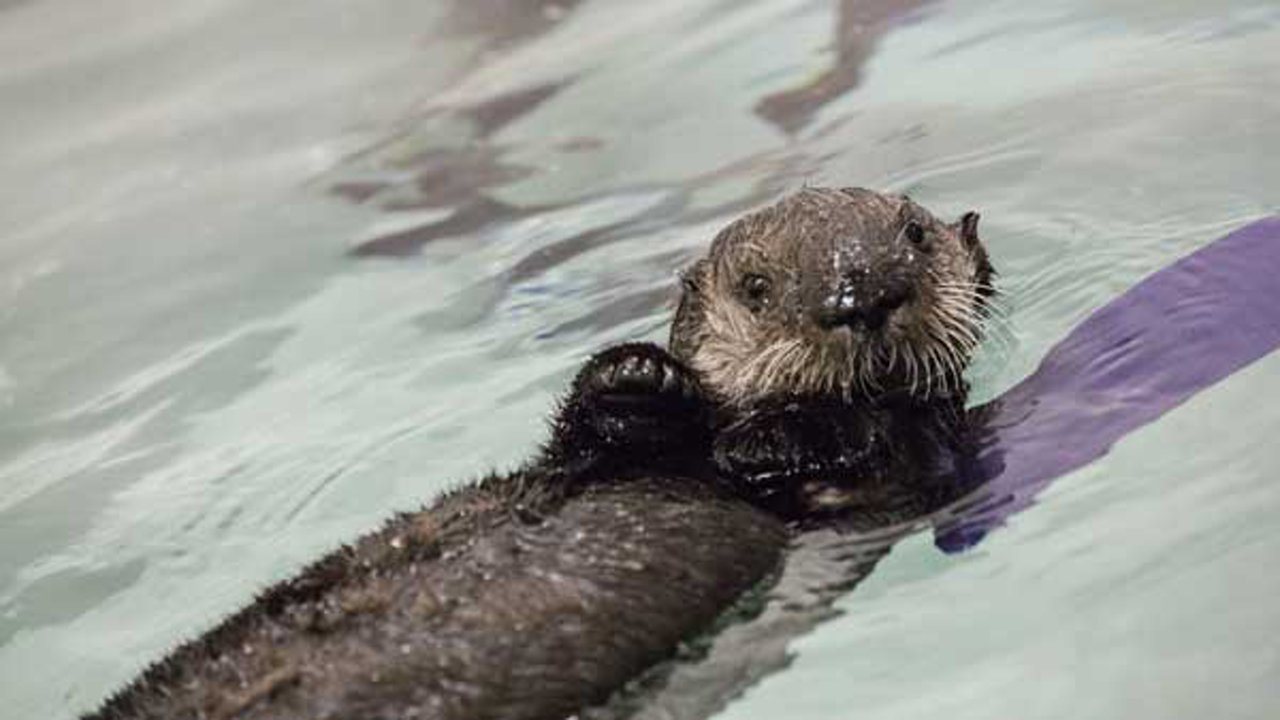 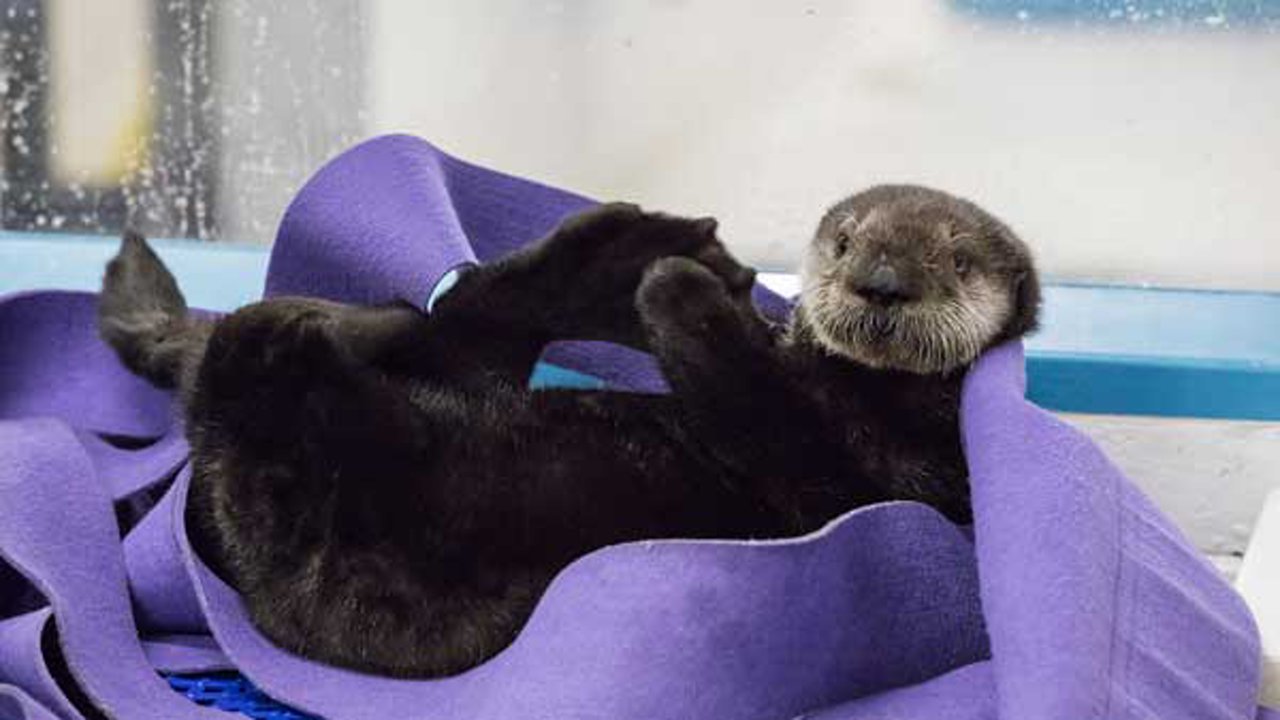 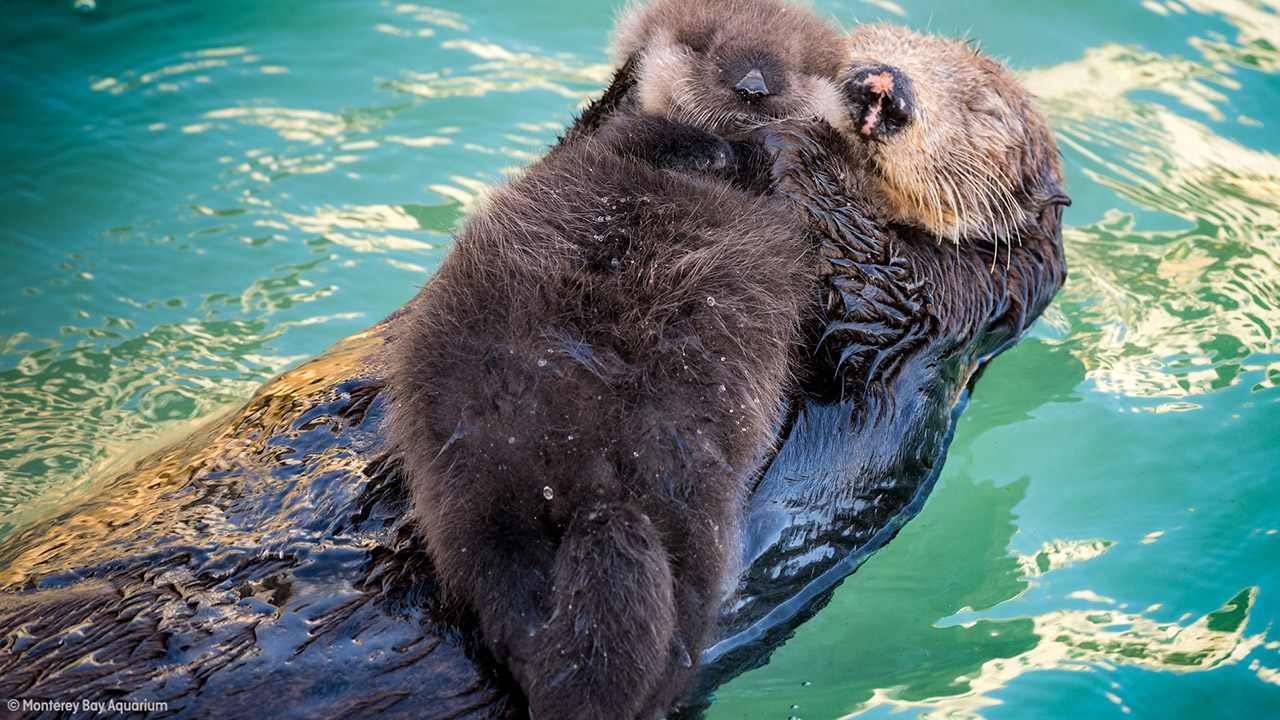 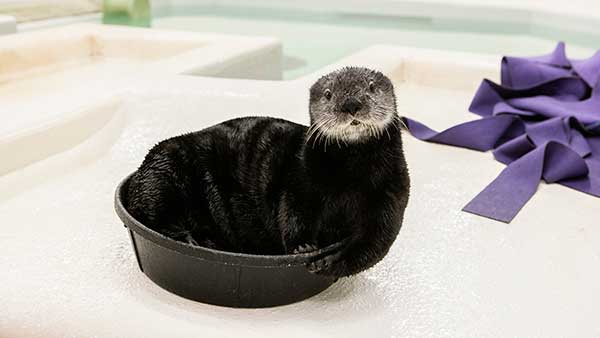 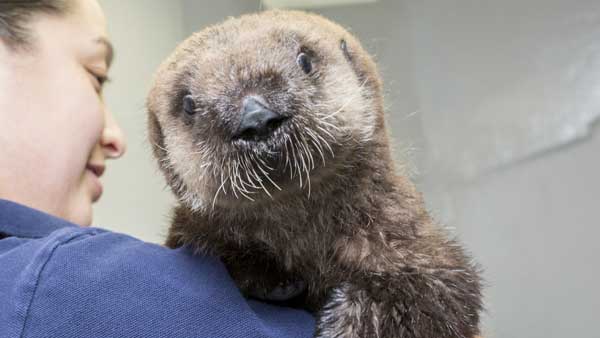 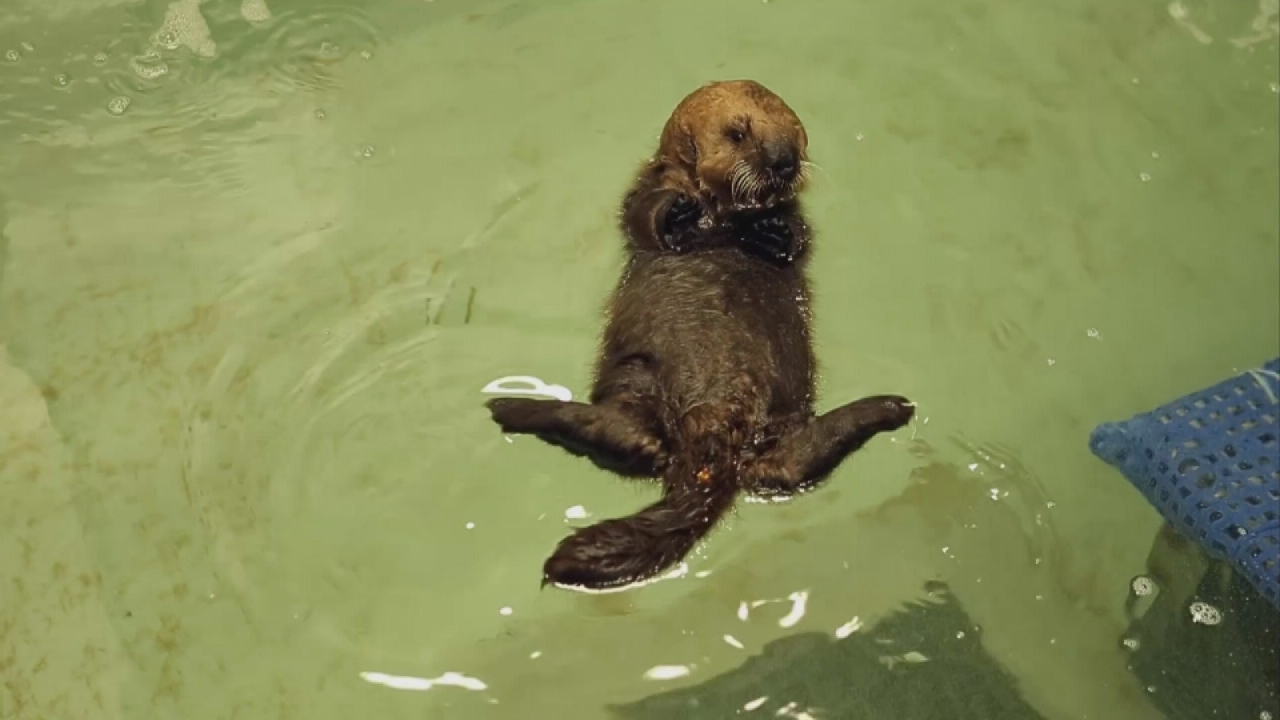 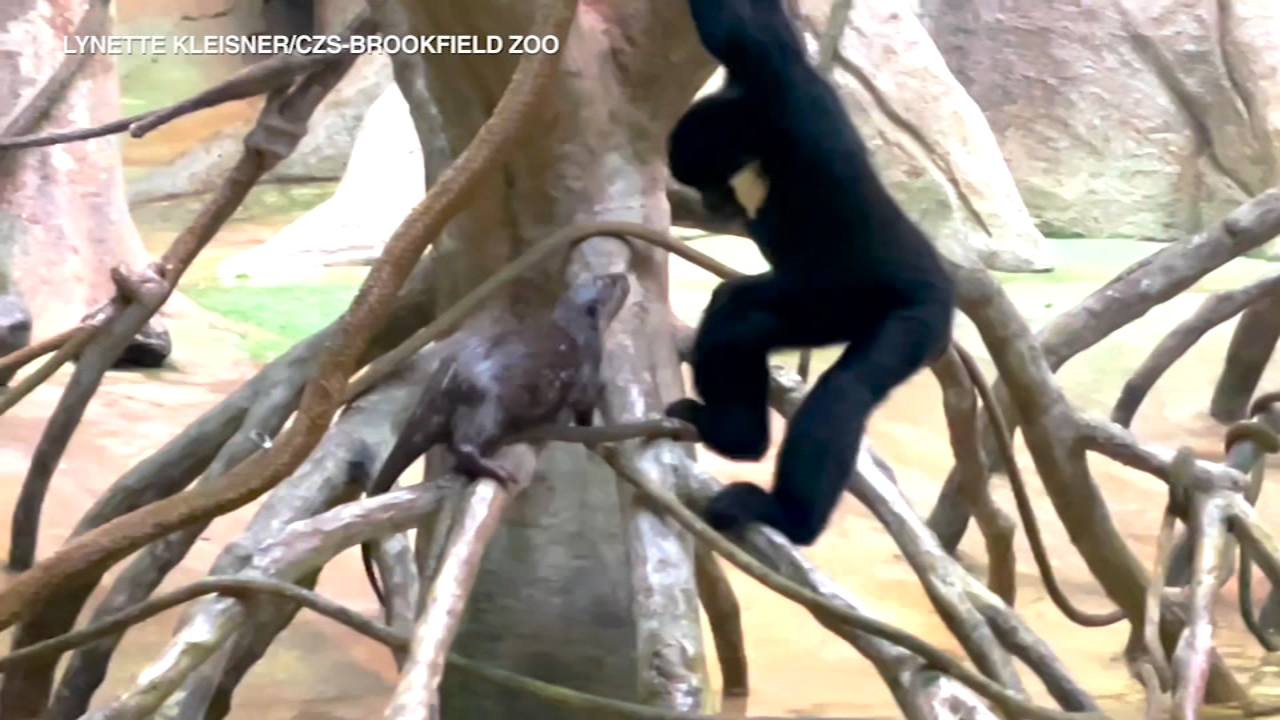 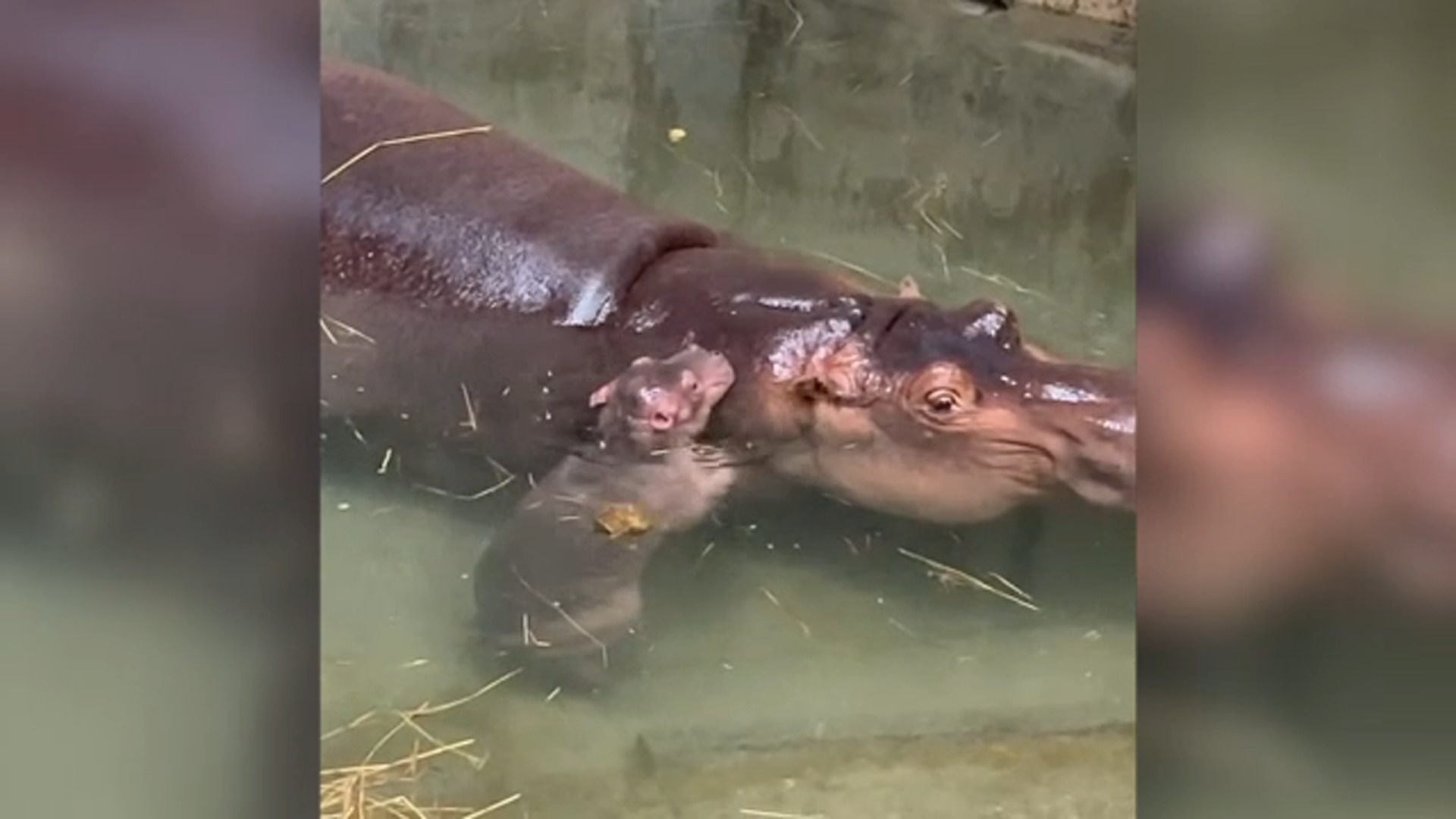