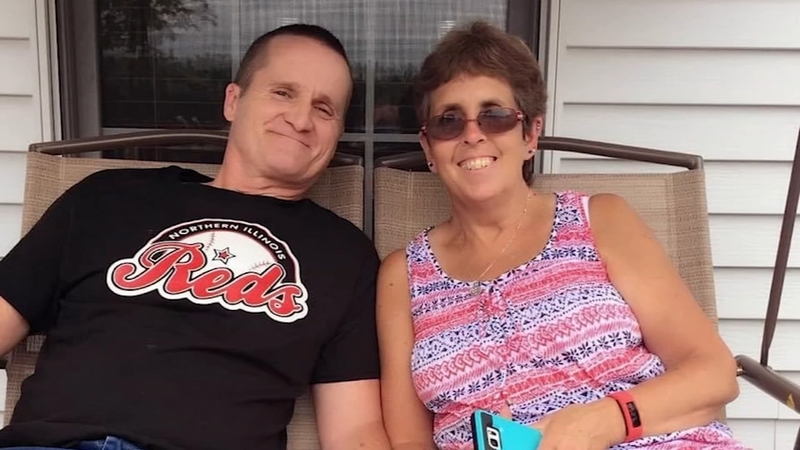 SHERIDAN, Ill. (WLS) -- A suspect is in custody after he allegedly shot and killed his former in-laws and threatened his ex-wife in Sheridan, a small town about 70 miles southwest of Chicago.

Law enforcement officials urged some residents to stay inside early Wednesday morning before the 37-year-old suspect was arrested during a LaSalle County manhunt.

The LaSalle County Sheriff provides an update on a suspect taken into custody after a manhunt following the the shooting deaths of two people.

Police say it all started Tuesday night, when a woman called 911 after her ex-husband tried to break into her home. Eventually, police say the suspect shot out her front windows. The woman was injured by the shattered glass.

"The caller said that there was a man beating on her front door trying to get into the house," LaSalle County Sheriff Thomas Templeton said.

When law enforcement officials arrived, they found the suspect had left the scene but left a black Cadillac behind.

After the shooting, she tried to call her parents, but they did not pick up, police said. A neighbor stopped by the home and saw the couple bleeding inside.

When emergency responders arrived at her parents' rural Sheridan home for a welfare check, they found a man and woman, both 62, deceased. They had both been shot, police said.

The LaSalle County coroner later identified them as Gregory and Brenda Barnes.

The suspect was apprehended about 6:45 a.m. Wednesday while walking through a field near the Sheridan Correctional Center, police said.

"He was in a field, pretty close to where we would have been searching, and was found by some of the responding officers. So they took him into custody," Templeton said. "When he was taken into custody, he did not have a weapon."

The search for the gun is ongoing. Law enforcement officials said they do not believe there is any further threat to the community.

According to court documents, the suspect's ex-wife filed an order of protection against him in 2018. The order expired last fall.

"The suspect is being interviewed, so a charging decision will be made after the interview," LaSalle County prosecutor Todd Martin said.