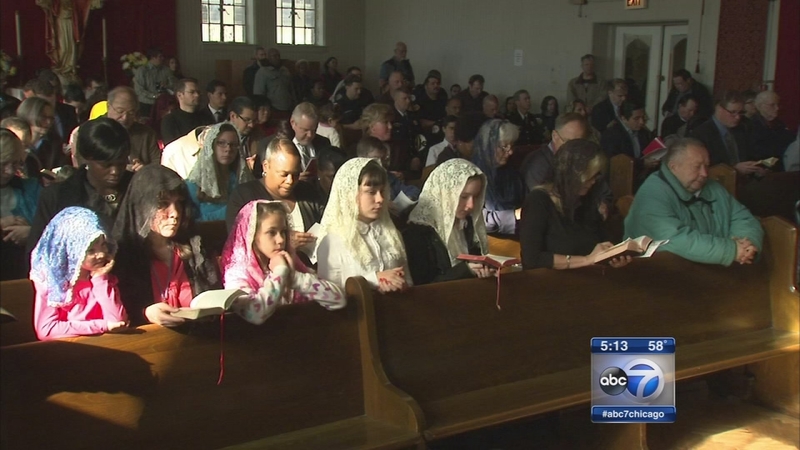 CHICAGO (WLS) -- Shrine of Christ the King Church in Woodlawn is holding their first mass at their new temporary home in the First Presbyterian Church of Chicago gymnasium, following a fire that ripped through their church during a rehab project. It is expected to be an emotional day for parishioners.