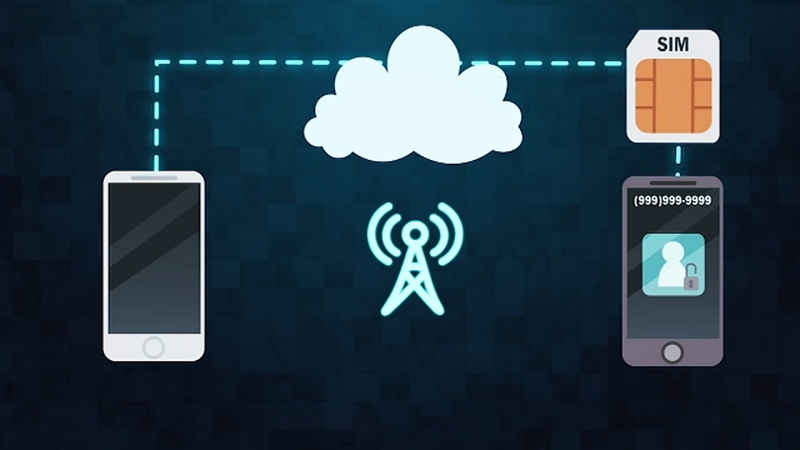 CHICAGO (WLS) -- Scammers have found a way to take over your phone, along with your banking and other apps, through a high stakes scam known as "SIM swapping."

Victims are susceptible to their social media accounts being compromised from their phone, and their financial and banking apps being drained of funds.

However, there may be technology that could help stop some of the loss and ways that victims can recover money losses.

One minute you're on your phone sending texts, the next your phone mysteriously shuts down without service.

"It seemed all too familiar to a lot of cases that I've seen, to a lot of the stories that I have been told by probably a few dozen victims now over the last 12 to 18 months," says Chicago attorney Joe Wojciechowski.

Wojciechowski added that there is hope for victims to recover money through their wireless carriers. He said he's gotten settlements and believes wireless carriers hold some responsibility for the scam.

"The Federal Communications Act imposes upon cellular providers and common carriers, and all these companies actually have an obligation to protect your personal confidential information," Wojciechowski said.

He said phone companies should do more to stop scammers from switching SIM information by pretending to be the legitimate consumers and fooling phone carrier representatives.

Tech experts say a SIM swap attack can occur even if a criminal doesn't have your PIN, and they can convince a wireless carrier representative to issue new SIM card information to their device. That is how they gain access to all of your accounts.

"I've had clients that have lost anywhere from a quarter-million dollars to as low as $25,000; and I've had people call that have lost, you know, 70 bucks," Wojciechowski said.

He said consumers can't sue their carriers because of fine print in the contracts, but they can potentially go through arbitration.

"The contracts can be helpful in that sense and arbitration is cheaper," Wojciechowski said. "[It's] typically a quicker way to resolve disputes in these circumstances than it would be if you, for example, were to file litigation in the circuit court of Cook County, which, you know, could take several years."

There's also industry technology being used to fight the crime before the consumer gets ripped off.

"We have an ability, the behaviors that we're watching from a carrier, we can pass those signals on to a bank and say, 'here are an array of signals that would suggest potential anomalies that might suggest a fraudster is behind this transaction,'" said Neustar's Robert McKay.

Neustar said red flags go up when banks notice that apps are being accessed from different devices.

"All of that happens in seconds," McKay said. "Even while you're doing your initial interactions with them. So if you imagine you're on the bank's website, or you're on the bank's phone call center, they'll be. They'll be pinging our services in real-time sub-second to get some details to understand, should I pass this to a fraud specialist team."

Carriers say that consumers also have a responsibility to prevent the scam.