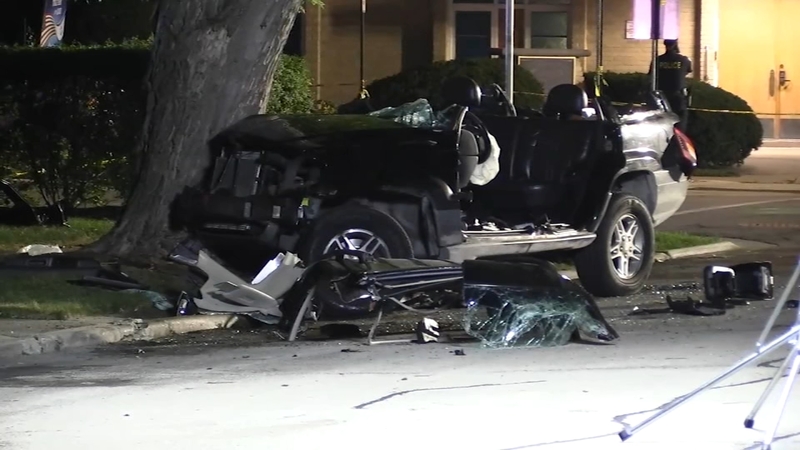 SKOKIE, Ill. (WLS) -- A 19-year-old man was killed and four other people were injured in a crash in north suburban Skokie Sunday night, police said.

Police responded to the crash in the intersection of Main Street and East Prairie Road at about 11:29 p.m. Officers arrived to find that a single-car has crashed into a tree.

A passenger in the car, 19-year-old Dilan Durakovic of Skokie, was transported to a hospital and later died, police said.

Four other teens were also transported to hospitals with injuries from the crash, police said.

According to an initial investigation, speed and alcohol were factors in the crash, police said.