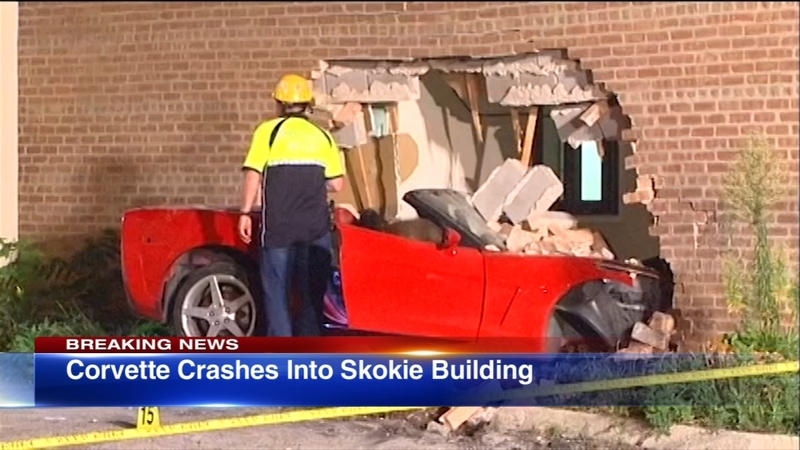 SKOKIE, Ill. (WLS) -- One man has been hospitalized after his Corvette slammed into a building in Skokie Sunday.

The crash occurred just before midnight. The fire department said they arrived in the 3900-block of Oakton Street, near Crawford Avenue, and saw the car in the building.

There's a ten foot hole in the brick wall of the office building and the car was halfway inside office. Firefighters managed to rescue the man stuck inside.

"Pretty significant damage to the car and to the building and serious injuries to the driver," said Jeff Hoeflich of the Skokie Fire Department.

The fire department said there is structural damage to this building, so it will have to be assessed. It's unclear what caused the crash, but neighbors said they heard two vehicles speeding down Oakton Street.

It is not known if alcohol played a factor or if the Corvette was racing another vehicle, but police said speed appeared to be a factor in the crash.