9-year-old Jeremiah Ellis was fatally shot and his 5-year-old brother was grazed in the shooting, police said
WLS
By Liz Nagy and ABC7 Chicago Digital Team 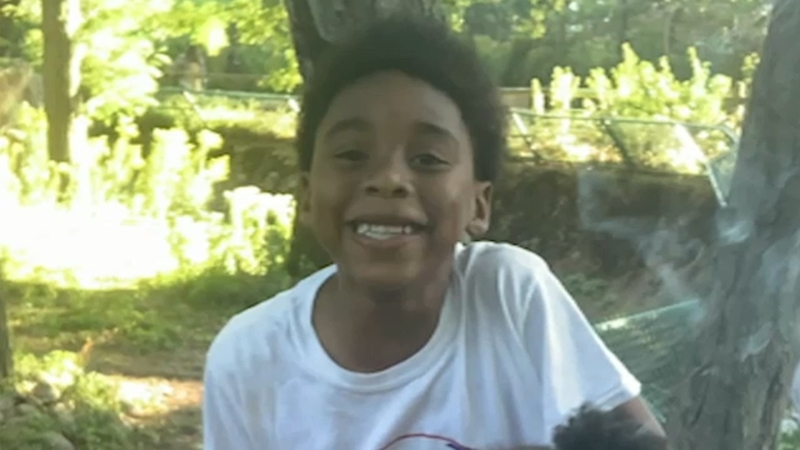 SKOKIE, Ill. (WLS) -- Jeremiah Ellis had just turned 9 years old, and he was exactly where he wanted to be.

"He's a sweetheart. A sweetheart. He loves coming over to his nanny's house. He just loves being with us," said the boy's grandmother, Sentoria Williams-Adams.

Skokie police gave an update Friday afternoon after three people are charged in the fatal shooting of a 9-year-old boy and the attempted murder of a 5-year-old at north suburban Skokie apartment.

On May 14, police said the little boy and his brother were watching TV in the grandparent's basement apartment in the 4700-block of Main Street when gunfire erupted.

"I grabbed Jeremiah and my, my arm tucked under him and I felt blood through my fingers," she recalled. "I started yelling, 'call the police.'"

Police said 35 shots were fired through a window, striking the brothers.

Three have been charged in the murder of 9-year-old Jeremiah Ellis and the attempted murder of a 5-year-old boy earlier this month, police say

Ellis had been shot too many times for his small body to endure, police said.

Investigators said they've worked around the clock for nearly two weeks, tracking down evidence that led them to three suspects, including a 16-year old boy, and a woman connected to the family.

All three are from Chicago.

Police said all three offenders' cell phones were together on the night of the shooting, as well as in the area of the victim's residence the night of and the night before. Cell phone data also shows they fled the area right after the incident, according to police.

At the time of the incident, two 911 calls reported a suspicious vehicle with tinted windows circling the area of the crime scene, police said, but responding officers were unable to locate that vehicle at that time.

"It's a tragedy that the girlfriend of my beloved little cousin would orchestrate an act of violence against his family," said Stanley Jones, Ellis' uncle.

Three people have been charged in the fatal shooting of a 9-year-old boy and the attempted murder of a 5-year-old in north suburban Skokie, according to police.

All three are being held in jail, charged with the murder of a 9-year-old boy, and the attempted murder of Ellis' 5-year-old brother, who police said was also hit by bullets and is recovering.

Now, the close-knit family is just trying to make it through without Jeremiah.

All three charged are being held without bond.

Even though the three subjects have been charged in relation to the shooting, police said their investigation remains open and will continue until the court cases are resolved.