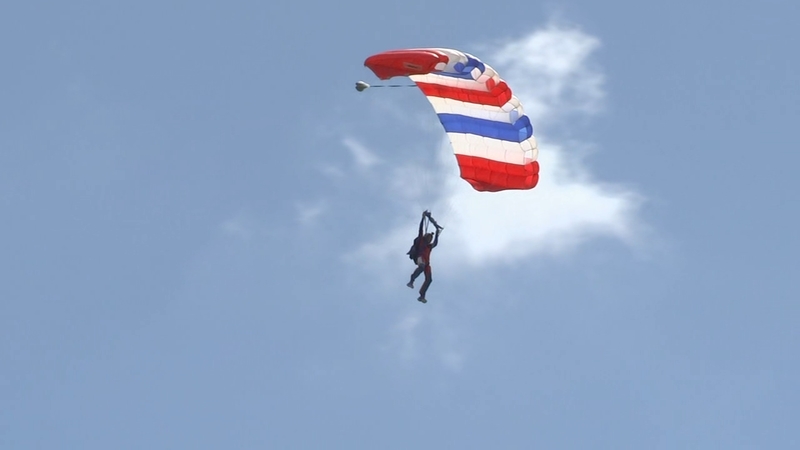 They were among the hundreds of divers participating in Summerfest at Skydive Chicago this week.

The licensed skydiver was knocked unconscious during the collision at about 11:56 a.m., according to a Skydive Chicago spokesperson.

One skydiver landed at the airport, while the second landed in the Fox River, north of the Dayton Dam, according to the Ottawa Fire Department.

Both were transported to OSF Saint Elizabeth Medical Center.

Skydive Chicago told ABC 7 that both divers returned and were not hurt.

Experienced jumper Scott Broughton says he's done hundreds of jumps and it's never deployed but he is glad to have it.

"I don't think that somebody else's incident really makes my safety more or else likely, I think it's up to me to take care of that," said Broughton.

Skydivers are not required to use an Automatic Activation Device but a Skydive Chicago spokesperson says they strongly urge jumpers to use them.