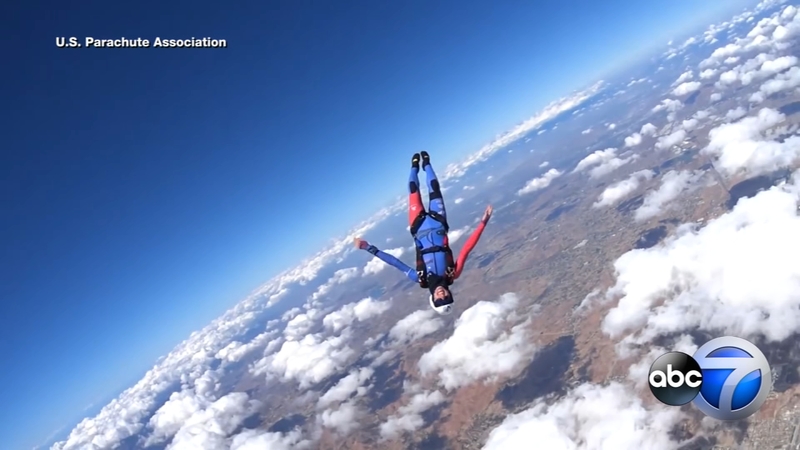 ROCHELLE, Ill. (WLS) -- The national skydiving championships have descended upon Chicagoland, with hundreds competing out of Rochelle, Ill., for the next two weeks.

At the Chicagoland Skydiving Center, Meet Director James Hayhurst said teams competing in 10 disciplines will jump from as high as 13,000 feet for "artistic events which are more like ice skating in the sky," as well as wing-suit jumps and other competitions across the spectrum.

"Vertical formation skydiving" competitor Brianne Thompson described her team's event as a four-person attempt to cycle through a set of predetermined formations as many times as possible in 35 seconds.

An added catch: the formation teams won't get the list of required formations until the night before the competition.

Tuesday, propeller planes repeatedly shuttled skydivers, including Thompson, into the clouds for practice runs before the events begin tomorrow.