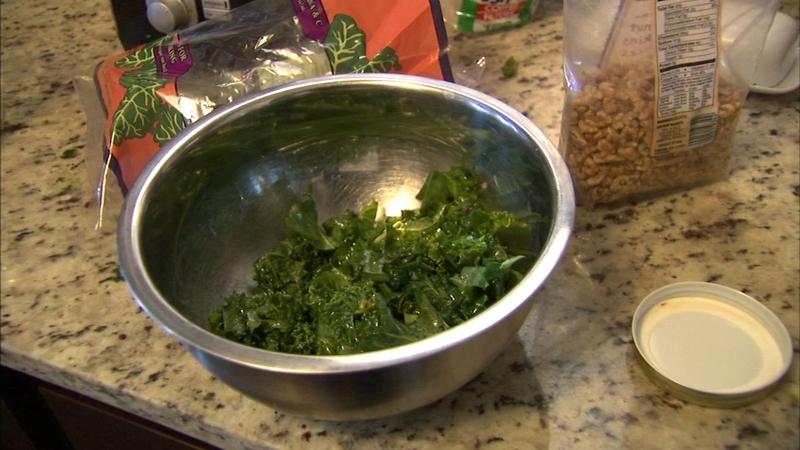 CHICAGO (WLS) -- The Trump administration has been trying to change the eligibility for the Supplemental Nutrition Assistance Program, or SNAP, the national food assistance program. The changes have the potential to affect hundreds of thousands of people, especially those already living in poverty. Tuesday, Illinois lawmakers met with families that stand to lose their benefits.

Karen Hilberg, 33, needs the $200 per month in food stamps she gets to eat. The former educator has been unable to work since 2012, when she suffered a brain injury on the job.

"I'll go out and be in good shape for a couple of hours and then I can just kind of crash," she explained.

If not for the government finally designating her as disabled, she would be one of the hundreds of thousands of Americans in Illinois and other states who could lose their monthly food assistance under a rule change proposed by the Trump administration.

The proposed U.S. Department of Agriculture rule change affects people between the ages of 18 and 49 who are childless and not disabled. Currently, people considered able bodied adults without dependents and no disability are required to work at least 20 hours a week for more than three months over and 36 month period.

However, states may request to waive the time limit in areas that have unemployment rates above 10 percent or where the unemployment rate is 20 percent above the national average, which regulations recognize as having "not sufficient jobs."

The USDA proposed a rule change would limit the waivers states request. In a press release the USDA said the rule change would ensure "work provisions are waived only when necessary, encouraging states to renew their focus on helping SNAP participants find a path to self-sufficiency."

"We think this is unfair and unmanageable," said U.S. Senator Dick Durbin (D-IL).

Durbin talked Tuesday with those possibly affected by the proposed change.

"We actually calculate that if these rule changes go forward, more than 400,000 people in the state of Illinois would lose their SNAP benefits," said Kate Maehr, executive director of the Chicago Food Depository.