Man arrested after viral Snapchat of him shooting tree 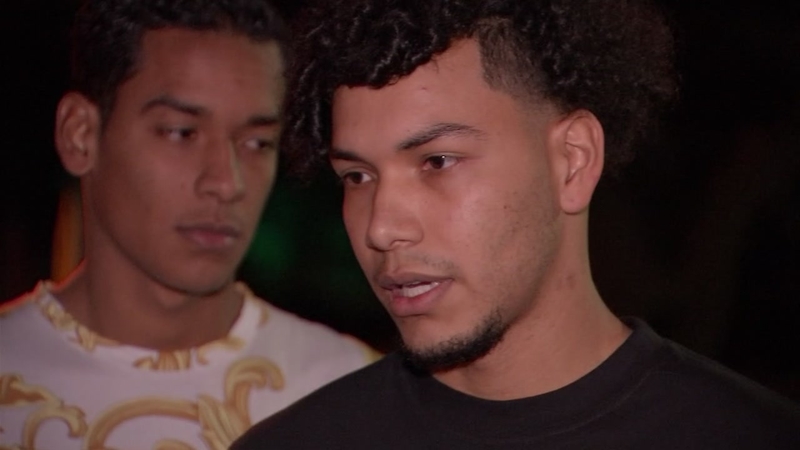 HOUSTON, Texas -- The suspect arrested in a shooting in the Heights that was posted on Snapchat is speaking out.

Edwin Ospino is out of jail, not a free man, but free on bond. The 22-year-old was arrested last week after a Crime Stoppers tip identified him as the man who fired a gun in Cottage Grove Park in northwest Houston.

The incident was recorded on video and posted on Snapchat by an onlooker. It later went viral.

People in the area were alarmed by the image, although no one was injured. Ospino said no one was in danger and he took aim only at a tree. No fights or arguments preceded it, he said.

"The gunshots were what obviously brought the attention. It was a bone-headed decision," Ospino admitted. "I'm not a violent person and everyone who knows me would actually agree with me. I don't want to be known as the guy who shot a gun, shot a gun at a tree. I feel this whole thing going on, this is ruining my life."

Toni Flores is his girlfriend of two years, and she feels the media attention portrayed Ospino in a way that is unlike the person she knows.

"They hit him pretty hard in court and I feel they blew it out of proportion. I want him to get a fair trial," Flores said.

"He's not like that," the suspect's brother said. "Obviously it got caught on camera, but I bet a lot of people have shot a gun in public. But it's not like that, and now he's the Snapchat shooter."

The charge against Ospino is deadly conduct - discharging of a firearm, which is a felony. He said he has his first court appearance this week.

Reward of up to $5,000 being offered to find Snapchat shooter.

The hunt is on to find the gunman seen in a shooting posted on Snapchat.