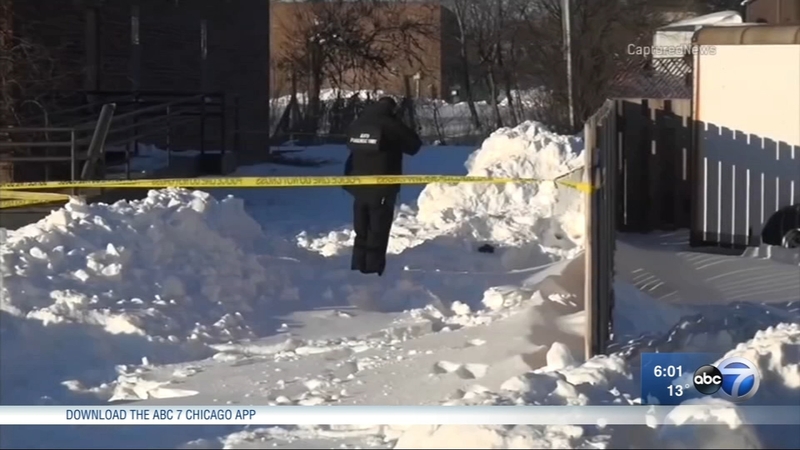 ARLINGTON HEIGHTS, Ill. (WLS) -- Authorities have released the identity of a 12-year-old girl who died after a snow fort collapsed on her in Arlington Heights Sunday.

The girl has been identified to the Cook County Medical Examiner's Office as Esther Jung of Elk Grove Village. Esther died of asphyxia and hypothermia due to entrapment in a snowbank, according to the medical examiner's office. The incident was called an accident.

See the snow fort that collapsed and killed a suburban pastor's 12-year-old daughter.

Investigators said Esther and a 9-year-old girl dug the fort Sunday in a snowbank near Rothem Church while their parents were at services inside the church. The adults found the collapsed fort about an hour later and called for help.

Jae Kim, the 9-year-old's great uncle, said she was not completely buried and tried to yell out for help.

Esther Jung was in cardiac arrest when she was taken to a hospital and pronounced dead. Her friend was treated for hypothermia and released from the hospital Monday.

Esther's father said he is the pastor of the Rothem Church where they were playing. Family members said Esther was the youngest of three. They described her as a smart, strong and beautiful girl who had dreams of being a veterinarian.

At her family's home in Elk Grove Village, neighbors said Esther would often build snow forts in the front yard.

"It's just so sad. It's something she loved to do, and she did regularly, so she was probably confident in her skills," neighbor Peg Gradl said. "Two little girls just having fun in the snow. It's so normal, but it's a danger we don't often think of."