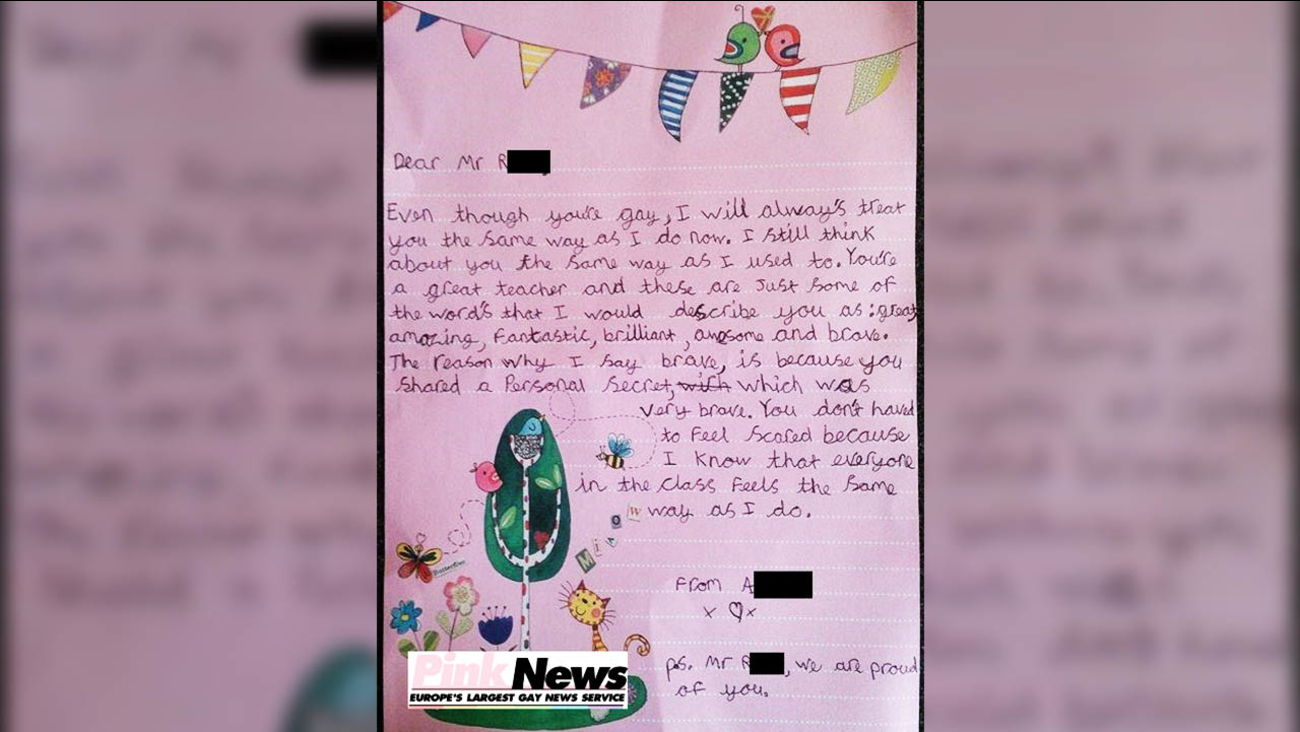 WLS
When a primary school teacher was giving a lesson on anti-bullying, he decided he needed to come out to his class as a gay man, according to PinkNews. Afterward, one little girl wrote a heartfelt letter in support of him that has now gone viral. 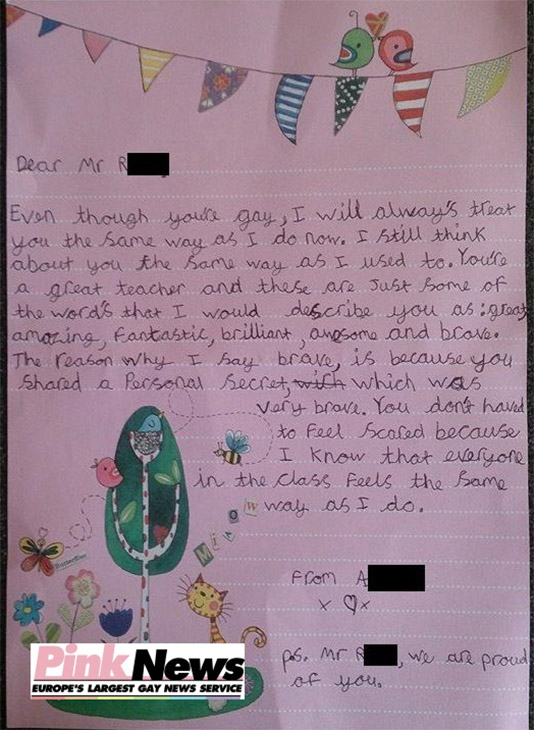 The reason why I say brave, is because you shared a personal secret, which was very brave. You don't have to feel scared because I know that everyone in the class feels the same way as I do.

As part of Anti-Bullying Week, the teacher asked his students if any of them had ever heard the word "gay" being used as an insult. Almost every hand went up. When he asked who thought gay or lesbian people were bad in some way, nearly every hand went up. He was stunned.

"After speaking to my Head, who was very supportive, we agreed I could tell the class that I'm gay so they at least knew one gay person and hopefully explain that when people use that word they're talking about me," the teacher told PinkNews.

"The reaction was fantastic - there were a lot of gasps and shocked looks and some basic questions - do you have a boyfriend, etc - but after a couple of minutes they were over it and we moved on to the rest of the lesson."

A couple days later, a little girl handed him the handwritten letter.

"Reading it brought tears to my eyes and it took me a little while to compose myself. When I thanked her she just shrugged and repeated something one of the boys in the class had said during the lesson, 'It's just your life'. Then she went back to her maths.

For my class it was a surprise sure but, to them, it was just something simple and easy to file away as another piece of information. There was no judgement, no follow up, just acceptance," he told PinkNews.

"I've had a lot of letters and cards over the years, but this one I know I'll keep forever."