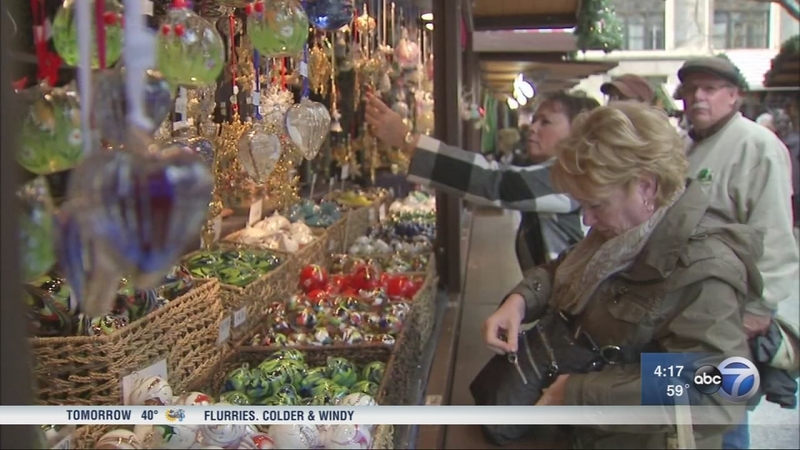 Chicago gears up for the holidays

CHICAGO (WLS) -- The holiday season is underway throughout the city of Chicago.

The City's first official Christmas Tree was lit by Mayor Carter Harrison in 1913 in Grant Park at Monroe St. and Michigan Ave - two blocks from where the tree will now stand. For 52 years, from 1913 to 1965, Chicago's official Christmas Tree stood in various locations in Grant Park. In 1966, the tree was moved
to Daley Plaza where it has been for the last 48 years with one exception: in 1982 the tree was moved to State St. and Wacker Dr. but returned to Daley Plaza the following year. In 2015 the tree moved to its current home in Millennium Park to shine alongside other holiday activities to create Chicago's premier "winter wonderland."