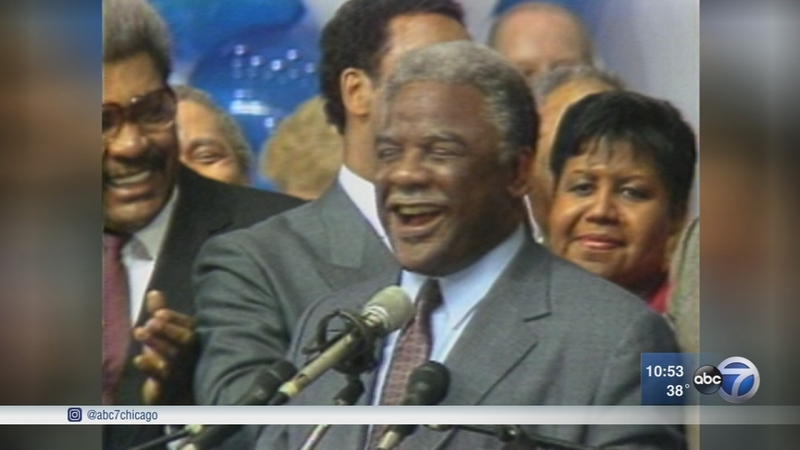 CHICAGO (WLS) -- The 30th anniversary of the death of Harold Washington, the first African American mayor of Chicago, was Saturday.

David Axelrod, a political strategist, was key in getting Barack Obama elected president, and was part of his White House team. He was also an important advisor to Washington. Axelrod sat down with ABC7 to talk about some of his fondest memories of Washington.

"I remember him as a larger than life character...Harold was funny, he was brilliant, he was quick, he was irresistible," Axelrod said.

Washington was the first African American mayor of Chicago, but Axelrod said he was more than that.

"Harold Washington was a really historic figure in the city, not just because he was the first African American mayor, but because he really empowered a whole segment of our community that felt excluded from the mainstream of civic life," said Axelrod.

Axelrod explained how Washington came to run for office.

"He had grown up in the Democratic machine and learned to hate if for the indignities he felt it heaped on him and others being asked to vote against the interests of their own community," he said.

Axelrod, who worked very closely with President Obama for years, said Washington paved the way for the first African American president of the United States.

When Washington died, Axelrod said it was felt throughout the city of Chicago.

"When he died I remember the lines and lines of people who ringed City Hall to come and pay their respects, and it was a real cross section of the city, white, black, Hispanic, Asian, old, young. Harold had won the hearts of the people of this city, and he certainly won mine," Axelrod said.