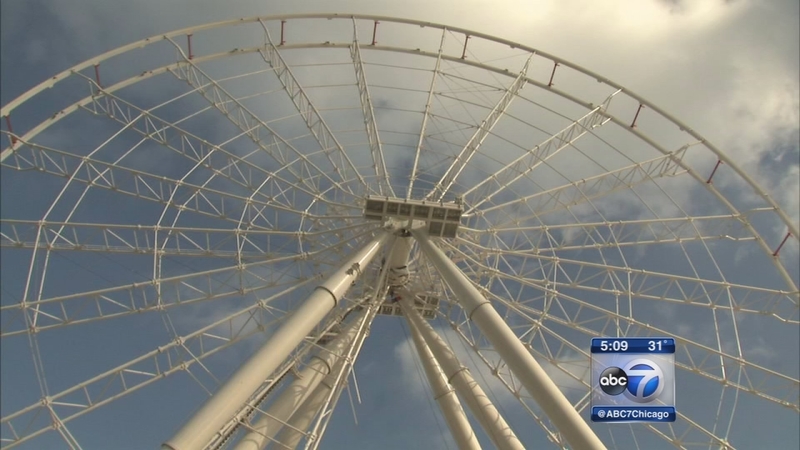 CHICAGO (WLS) -- The new Navy Pier Ferris wheel is taking shape, should be finished by May and is bigger than the one it is replacing.

Ironwoker Ray Casares and his team raise one of the last four spokes into position 104 feet in the air. He bolts it in by hand to the center stack. The margin of error is less than a quarter of an inch.

If people are going to come down here we want them to experience something new each and every time," says Brian Murphy, COO of Navy Pier.

The new wheel comes from a Dutch supplier that has other installations around the world. A lot of work on the pier had to be completed before assembly began January 10.

"There are a couple of shear walls we put down below some support columns. We have gone all the way down 125 feet and then into bedrock," Murphy says.

The new wheel will offer patrons a 15 minute ride with at least three total revoutions. Millions are expected to ride the wheel over the next five decades. It will be open and run year-round, despite Chicago's cold. The ironworkers say those wow temperatures remain their biggest challenge.

The finished wheel will have over 7,000 LED lights capable of showing every color of the rainbow, and a big monitor right in the middle.