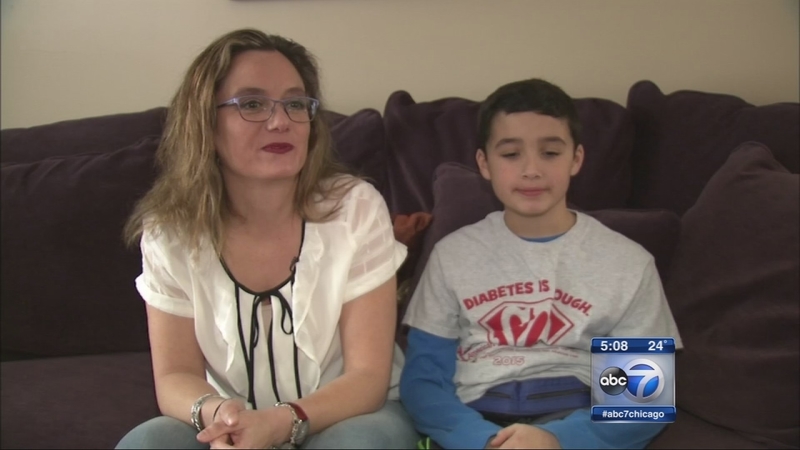 ELBURN, Ill. (WLS) -- A west suburban couple says their 11-year-old son is being denied access to a summer camp because of his health condition.

Andres Alba has diabetes and wants to attend a math and science camp in Aurora.

The American Diabetes association is stepping in to help.

Andres and his parents discovered he was diabetic five years ago. Since that time, he wears a pump that provides insulin, which helps his body process carbohydrates and basically keeps him alive. With it, he leads a pretty normal life. And he was hoping this summer to go to camp at the Illinois Math and Science Academy, until his mother says, the camp refused to make accommodations for his diabetes.

It's unacceptable," she said.

The academy said they have taken steps to make sure IMSA is an accommodating environment and that they have procedures in place to ensure they address students' health concerns.

School officials say they have full-time diabetic students. But Adriana Alba says they never offered any help for her son to attend the summer camp. The American Diabetes Association is now involved. They believe this could be a violation of the Americans with Disabilities Act.

Andres Alba says he doesn't know about all the particulars. He just wants to go to the camp.